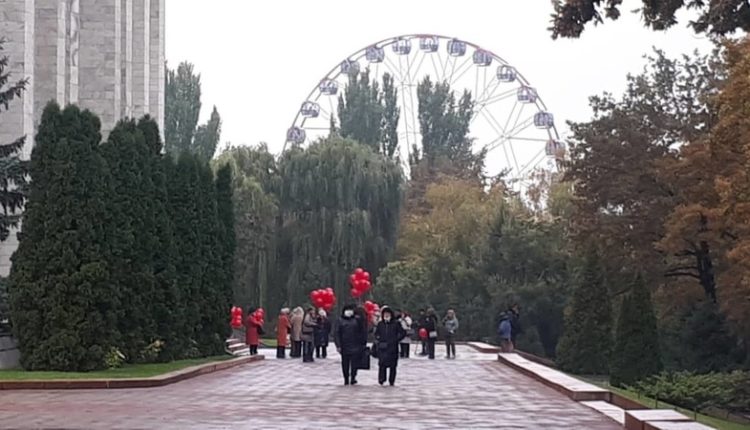 AKIPRESS.COM – MP Irina Karamushkina has asked for more funding from the government budget to support citizens with cancer.

“We see an increase in cancer every year,” the MP said in parliament today.

“We have been met this morning by the women outside the parliament, who have survived many operations and they still want to ask for help from the parliament, the government and the president,” the legislator said.

More than 5,000 cases of cancer are discovered each year. 3,000 of them are already in the third or terminal phase. Patients in critical condition are being admitted to the cancer center, MP Karakmushkina said.

“We need to find funding sources for their support. About 7 billion euros is needed for chemotherapy. Even half of this amount does not come from the budget,” said the MP.

The pediatric cancer unit recently opened at the children’s hospital in Bishkek’s Jal district, she said. “I would like to note that this opening was made possible by ex-President Atambayev in 2012-2013. But no one appreciates his involvement now. I do ask that the budget be reviewed and money be found for the treatment of children and adults with cancer,” MP Irina Karamushkina told a government representative in parliament.

A breast cancer awareness and prevention campaign was held today outside the Kyrgyz Parliament.

More than 120,000 US kids had caregivers die during pandemic

Pfizer Asks F.D.A. to Authorize Its Covid-19 Vaccine for Children 5 to 11