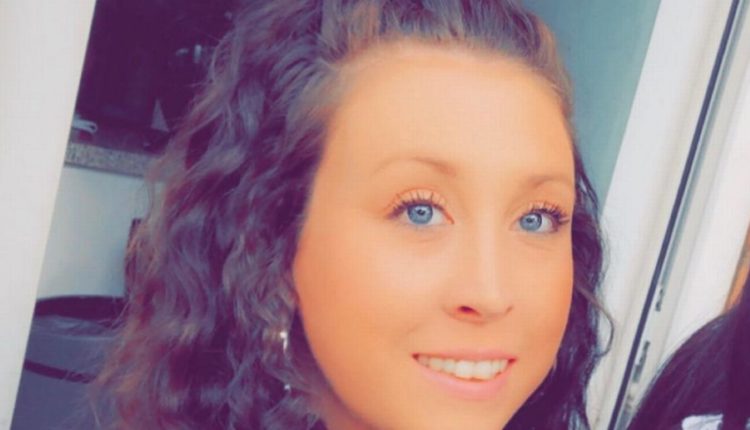 A young mother with terminal cancer has been given a lifeline, thanks to generous donations from BirminghamLive readers.

Amie Walton, 29, was diagnosed with colon cancer on September 24, 2020, after thinking she was simply struggling with heartburn. Unfortunately, it had already spread to her liver and just before Halloween 2021, she received the heartbreaking news that it was terminal and there was nothing more that could be done about it.

Then a consultant suggested she could try SIRT (Selective Internal Radiation Therapy) – but it’s not available on the NHS, costs £35,000 to have in private and must be done quickly to stand a chance of getting a job.

So her fiancé Chris Mills, her family and friends started racing against time to get the money to save Amie’s life. Within 24 hours of sharing her story on BirminghamLive, the family had raised their money to £38,000.

However, Sutton Coldfield’s mother was then dealt the devastating blow that she might be late for treatment. Amie has two small children, Harry, seven and Mia, five.

Amie Walton with her children Mia (5) and Harry (7)

Fortunately, a hospital in London has now taken on Amie’s case and there she will receive her SIRT treatment on Thursday 25 November.

“She’s very nervous and at the same time very emotional and excited, it’s been such a roller coaster for her,” said Mandy Rogers, Amie’s stepmother.

“This is a big step and we have fought tooth and nail to get here. It’s not a cure, but it’s a path to healing. If she manages to shrink the cancer, she will have more options for surgery.

“She’s been so strong, I don’t think I could have shown such strength, she was amazing.”

Doctors have said former cafe worker Amie may need a second round of SIRT, depending on how she responds to the first treatment. They will assess this in the new year.

Read More – Podcast: How Mom Discovered Creativity Gave Her the Power to Recover From a Brain Tumor

“Everyone has been so nice with donations, Amie is amazed at everyone’s kindness towards her,” Mandy added.

“We are asking people not to stop donating and sharing as there is still a long way to go and any additional donations will be gratefully received, especially if she needs another round of SIRT after Christmas.”

The fundraiser for Amie has now surpassed £48,000, but she will need £70,000 if she ends up having two rounds of SIRT. You can add to her JustGiving page here

The family has been strengthened by the amount of money they have received and also by the way some of the donations have been given.

“We had a donation where a woman just showed up at her mother’s door, we don’t know how she got it, and said her husband had Covid and was in a coma,” explains Mandy.

“Amie’s story was the first thing he read when he came by and he told him to help this girl. The woman gave her a bag of money and there was £1,000 in it. We don’t know who they were or where it came from, but we want to thank them.”

BrumWish 2021 aims to give thousands of Christmas gifts to young children in need in our city – the homeless, the vulnerable, children in care and children who have little.

This year’s pull is bigger and better than ever – as we’ve collaborated with our partners at #Toys4Birmingham, including Thrive Together Birmingham, the Birmingham Playcare Network, the Edgbaston Foundation and Birmingham Forward Steps.

You can buy a gift from the #Brumwish Amazon Wishlist here.

Or you can collect and drop off donations of new and near-new toys and gifts for special donation days at Edgbaston Stadium, B5 7QU, on Saturday, November 27, Friday, December 3, and Saturday, December 4, 11am-3pm, where volunteers will be waiting to meet you. to see.

Brand new or near new, unwrapped gifts, books and toys for all ages are accepted.

You can also donate cash, which goes to a charitable partner’s fund to plug gaps or buy special toys for children with extra needs. This is the link to make a donation.

She added: “We’ve had some great messages of support. Some people have given their last £2.50, it is unbelievable how much support we have received. It restores your trust in people.”

Amie suffered from severe heartburn but thought it was just a family trait so she continued with it until she finally went to the doctors and was sent for a scan.

After diagnosis, she had 60 percent of her liver removed and chemotherapy, but soon her liver was full of tumors again and the cancer spread to her lungs.

The 35,000 SIRT treatment is a form of internal radiotherapy used to treat secondary and sometimes primary liver tumors that cannot be surgically removed. If successful, Amie could undergo further surgery for her cancer.

Amie said: “Words cannot describe how grateful I am for all the people who have donated. Without them it would not be possible for me to get the treatment I need.

“I’m begging people to keep sharing and donating. I’m not ready to go anywhere yet, I want to stay with my babies.”

Do you have an inspiring story to share? We would love to hear from you. Get in touch via our Brummie Mummies Facebook page or email zoe.chamberlain@reachplc.com

‘Be a Hero, Fight COVID’ pediatric vaccine clinic set for Tuesday in Midland