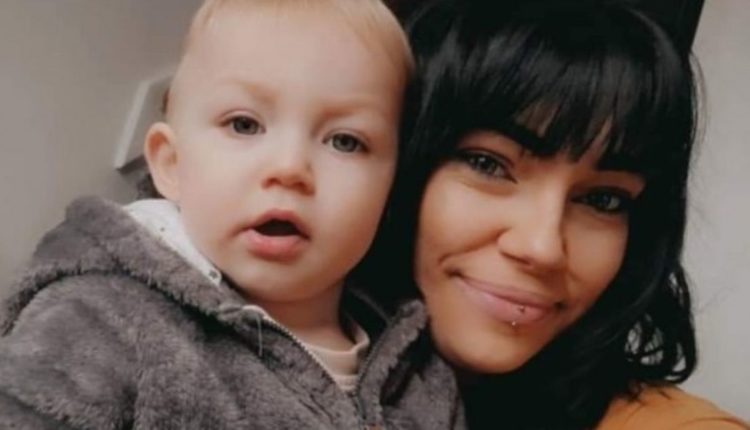 A mother was left horrified after being told a change in the color of her toddler’s eye was a rare cancer.

Her son, two-year-old Kenny Chapman, has retinoblastoma, which affects infants and young children.

His mother Katy Mosley told Teesside Live that she was concerned when she saw that his right pupil appeared to be a white color.

She took Kenny to a local optician and her GP, who sent him to James Cook University Hospital in Middlesbrough.

The toddler was referred to Birmingham Children’s Hospital, where he underwent an ultrasound of his dilated pupils.

The 27-year-old was then given the heartbreaking news that he had a tumor close to grade E — the most serious type.

Katy, a mother of two, has described the moment she found out her son had cancer as “horrible”.

Katy, who is also mother to Milly Wise, seven, said: “The doctor who performed the procedure sat down. I could see from his face that something was wrong.

“I remember him saying to us, ‘First, what do you know about retinoblastoma?’ All I remember was me replying, “That’s it, isn’t it?” and I collapsed He said yes.

“It was absolutely heartbreaking. You hear these stories, but you don’t think you’ll ever experience it yourself.

“Kenny was absolutely good in herself, that’s why it was so hard to believe.

“They showed us the pictures of the inside of Kenny’s bad eye. You could see the tumor and lots of little white circles floating around in his eye.

“They also told us that his retina has completely detached in his bad eye.”

Retinoblastoma is cancer of the retina — the light-sensitive lining at the back of the eye.

About 45 children are diagnosed with the condition in the UK each year, according to the NHS.

Katy said she discovered the white in his pupil in August this year when they were at a friend’s house.

She noticed something unusual in Kenny’s eye when a light was turned on and the lights dimmed.

Katy said: “I wasn’t sure what was weird about it, but it didn’t look right.

“Then I started noticing that in certain lights, mainly dim lights, I could see into his pupil — it looked white.”

Katy said that after failing to get an appointment with Specsavers because Kenny was so young, she contacted her local GP and was referred to the hospital.

During the two weeks waiting for an appointment, she managed to get Kenny an appointment with a local optician SH Reily, in Chaloner Street, Guisborough, where Christian Reily examined his eye.

Katy said: “He took a quick look and told me there was something at the back of his eye, but he couldn’t tell me exactly what because Kenny wouldn’t let him look properly.

“Then I told how I googled and saw some about the retinoblastoma – he said if I hadn’t already had a referral from the doctors, he would do it ASAP.”

She said she is grateful to him for offering her and Kenny his support and kindness during the difficult time.

During the hospital appointment, Katy was informed that pictures of Kenny’s eye would be sent to a doctor.

A striking photo of Kenny’s eye was sent to the doctors and she received a call from Birmingham Children’s Hospital, who said they thought he might have retinoblastoma.

On October 15, Katy and Kenny’s father Brad Chapman, 26, traveled to Birmingham for a hospital appointment and were told the news they were so afraid of.

They were told that Kenny had a grade D tumor progressing to grade E and that a plan would be drawn up for him to undergo six rounds of chemotherapy at the Royal Victoria Infirmary (RVI) in Newcastle.

She was told that Kenny would have to inject chemotherapy into his eye and, while the odds of saving one eye are high, his eyesight will depend on how the treatment goes.

Kenny underwent his first round of chemotherapy, which lasted five hours, on October 30 and will have his next one on November 24.

Katy keeps an online journal of Kenny’s treatment and urges others to be aware of the glow that can appear in a child’s eye.

She said Morrisons, in Guisborough, has donated a basket to Kenny and a Just Giving page has been set up for the family.

Katy added: “We got a lot of support from family and friends, but everyone on Facebook was amazing and so nice.”

Retinoblastoma can affect one or both eyes.

If picked up early, more than nine out of ten children with the condition are cured.

The signs and symptoms of retinoblastoma include:

For more stories about where you live, visit InYourArea.