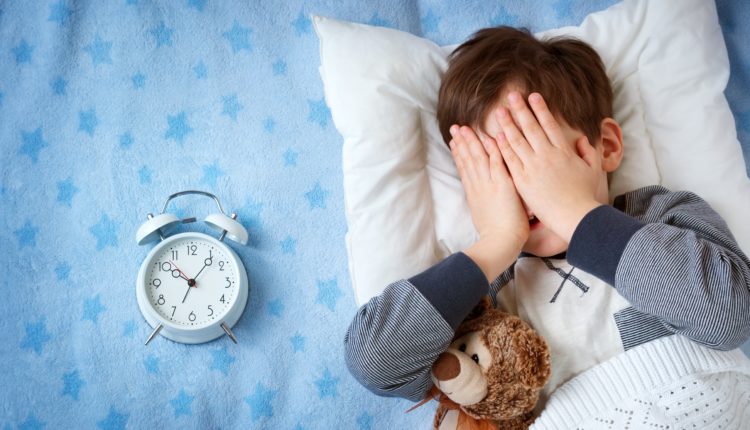 “Sleep disorders may not come to your mind when you first evaluate a child with inattention, hyperactivity, or behavioral disorders,” Grace Wang, MD, FAAP assistant professor of pediatrics, Penn State Health in Lancaster, Pennsylvania, began at the 2021 virtual. AAP National Conference & Exhibition. “I hope to convince you by the end of this lecture that children and adolescents with ADHD have a consistently higher prevalence of sleep disorders compared to the general pediatric population. There is some evidence that resolving the underlying sleep disorders can improve and in some cases resolve a patient’s ADHD diagnosis.”

“Sleep disorders are not listed in the differential diagnosis of ADHD in the DSM-5,” Wang continued. This, according to Wang, is why practitioners evaluating children for ADHD may not have it on their radar to screen for sleep disorders.

Wang went on to describe several case studies, the first of which was a 6-year-old female with seasonal allergies and dysfunctional micturition patterns in the context of constipation; hyperactive and emotionally labile; threw frequent tantrums; has difficulty sustaining attention; and begins to fall behind her peers at school. She had no past surgical history, no family history of ADHD, and family would rather not start her on a stimulant, asking if anything else can be done. She presented herself as an alert girl with normal vital signs, normal intellect, good eye contact and cooperating with the interview. Vanderbilt parent/teacher rating scales have been implemented and the child screens for ADHD, combined type. Psychometric tests reveal normal intellect with no learning disabilities. Recalling that sleep disturbances can be seen in children with ADHD, the doctor asks about snoring and finds that the child does indeed snore, mouth breaths, is restless while sleeping, and occasionally sleepwalks. In addition, she is exhausted after school and falls asleep in the car on the way home. This leads to a polysomnography, showing that she has sleep-related hyperventilation, and a mild/borderline degree of impeded sleep apnea syndrome (OSAS).

On this point, Wang adds, “Studies have shown that 25% of children with ADHD have OSAS and 33% snore. In addition, 25% to 64% of patients with ADHD have some sort of sleep disorder in breathing.” The million-dollar question then becomes, Wang admits, “can you expect improvement in ADHD symptoms after addressing sleep disorders? Literature shows that adenotonsillectomy in the treatment of sleep disorders improves ADHD symptoms and can even resolve the diagnosis,” proven in studies such as the Childhood Adenotonsillectomy Trial, which showed improved quality of life and behavioral assessments by parents and teachers, Wang says. She points to a remarkable study of 5 to 13-year-old children in which 28% of ADHD were diagnosed before an adenotonsillectomy. One year after surgery, half of those children no longer met the DSM criteria for ADHD. Similarly, ADHD scores were normalized in 69% of 40 children who had undergone the surgery 6 months earlier.

Returning to the case study of the 6-year-old child with a diagnosed sleep disorder, she was eventually recommended to have an adenotonsillectomy. Not only did her sleep improve after surgery, but so did her attention span and behavioral problems.

Another patient discussed in this session was a 15-year-old man with delayed sleep-wake phase disorder, a condition in which children do not feel as sleepy at bedtime as their peers due to the delayed release of melatonin. Treatments for this condition include consistent weekday and weekend sleep schedules; avoiding blue light in the evening; and expose the child to bright, natural light upon awakening. If these do not resolve the disorder, sleep medication and behavioral therapy are often suggested.

Finally, Wang summarized, “Keep that high index of suspicion for both sleep disturbance and RLS in children with ADHD; if RLS runs in families, ask about RLS in the biological parents and siblings; and since iron deficiency is a risk in RLS, you should She also stated that since sleep deprivation and RLS can mimic symptoms of ADHD, they have a high degree of suspicion when examining and screening a patient for these conditions.

1. Wang G. My child does not sit still! Is it ADHD or an underlying sleep disorder? American Academy of Pediatrics 2021 National Conference and Exhibition; virtual. Accessed October 9, 2021.