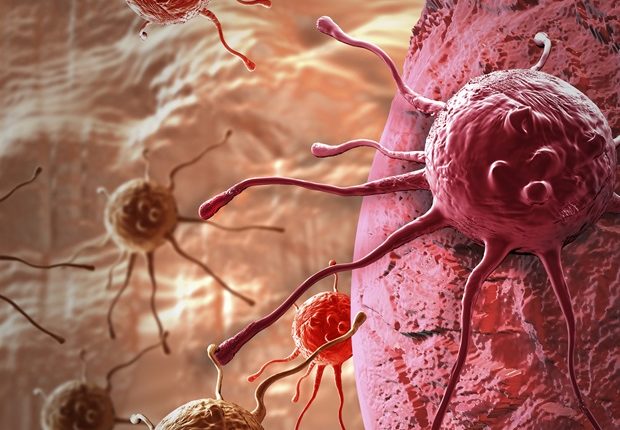 Over the past 40 years, people in the U.S. with cancer have gained an extra 14 million years of life thanks to the results of clinical cancer trials conducted by the National Cancer Institute’s (NCIs) government-funded National Clinical Trials Network (NCTN), according to an analysis will be reported on September 20, 2021 at the annual meeting of the European Society for Medical Oncology (ESMO).

The work, which analyzed the results and impact of 163 randomized phase III studies published from 1980 to 2019, also found that the published results of these NCTN studies have been cited more than 166,000 times and that more than 80% of the studies the treatment influenced guideline recommendations, demonstrating the profound scientific impact of these trials on cancer research and care over the decades.

The analysis was supported by the NCI, part of the National Institutes of Health (NIH), and was designed and led by the SWOG Cancer Research Network, which is part of the NCTN.

Our study illustrates the many ways federally sponsored studies have benefited the lives of cancer patients and the scientific field. There are many, many new commonly used treatments available to patients who may never have entered practice without NCTN studies.”

SWOG group chairman Dr. Charles Blanke is senior author of the abstract. “We’ve always known that NCTN research has greatly benefited the lives of people affected by cancer,” Blanke said. “Dr. Unger’s work quantifies that benefit and shows that cooperative research is an incredibly cheap investment with a big impact.”

The NCTN is made up of four adult cancer research groups (Alliance for Clinical Trials in Oncology, ECOG-ACRIN Cancer Research Group, NRG Oncology, and SWOG Cancer Research Network) and a pediatric cancer research group (Children’s Oncology Group). ). These groups are the core of a network that conducts clinical trials at more than 2,000 academic and community treatment sites in the US and beyond, and they have conducted government-funded research into effective new cancer treatments for more than half a century.

The current study looked at randomized phase III treatment trials conducted by the adult NCTN groups. The authors identified 163 studies that, from 1980 to 2019, reported statistically significant findings in favor of the experimental treatment for at least one clinical, time-dependent outcome. They then estimated the gain in life for the 128 studies that found either a statistically significant improvement in overall survival time (91 studies) or a trend toward improved overall survival (37 studies) for patients, and mapped these gains to the US population of people with cancer. The analysis shows that these trial results gave an extra 14.0 million years of life to people with cancer in the US through 2020

“Dr. Unger’s findings are all the more important in this time of rising costs of clinical research,” said Peter J. O’Dwyer, MD, co-chair of the ECOG-ACRIN Cancer Research Group and co-author of the work. . “The return to the American people of government-funded investment in better cancer care has been remarkably solid — a huge impact.”

And it is expected that the benefits of these NCTN studies will continue to grow.

“If we project estimates into the future, the estimates get bigger very quickly,” Unger noted. In fact, the authors predicted that 23.4 million life years will have been gained by 2030 based on the same series of trials.

“The results of these cancer clinical trials reflect the experience of participants from both community and academic sites and show dramatic gains in life years,” said Dr. Meg Mooney, associate director of NCI’s Cancer Therapy Evaluation Program. “This work demonstrates the impact that large-scale cancer clinical trials conducted on a national scale are having on cancer research and on people with cancer.”

The results of most studies have been published in the New England Journal of Medicine (49 studies) or the Journal of Clinical Oncology (72 studies). Those published results have been cited 166,711 times in subsequent publications, an average of 64 citations per year for each study, which influenced subsequent cancer research and guidelines for treating patients with cancer. In fact, over 80% of studies were cited in cancer treatment guidelines in favor of recommended treatments

“As we think about reviving the infrastructure of the US,” Unger added, “it is important to remember that the NCTN provides critical infrastructure to help extend the lives of cancer patients.”