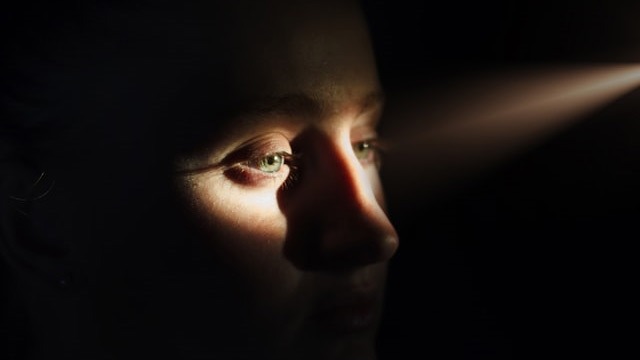 A handheld screening device that detects subtle skewing of the eyes accurately identifies children with amblyopia (lazy eye), according to a study published in the Journal of the American Association for Pediatric Ophthalmology and Strabismus.

“The findings suggest that pediatricians and other primary care providers could use the device to help manage amblyopia at an early age, when it is easier to treat,” says Michael F. Chiang, MD, director of the National Eye Institute (NEI), who said: research supported. and device development. NEI is part of the National Institutes of Health.

Amblyopia is impaired vision in one eye and it is the leading cause of preventable monocular vision loss (one eye), affecting three in 100 children in the US

During early childhood, our developing brains learn how to take images of each eye and fuse them into a single image to produce vision. Amblyopia develops when misalignment of the eyes (strabismus) or decreased acuity in one eye interferes with the brain’s ability to process visual information from both eyes, favoring one eye. Once a child is visually mature, the loss of vision in the weaker eye cannot be corrected with glasses or contact lenses.

Children with amblyopia may suffer from poor school performance and limitations in depth perception and fine motor skills, such as handwriting and other hand-eye coordinated activities.

Treatment of amblyopia generally involves placing a patch over the good eye to improve vision in the weaker eye. Patching is less successful as children get older, making early detection crucial. However, this depends on a timely diagnosis by the child’s doctor, and most pediatricians are equipped only for basic eye chart screening tests, which are not helpful in detecting amblyopia in very young children.

The screening device works by assessing the ability of the eyes to fixate together. The child is held 14 centimeters from the eyes and fixes on a smiley face while the device scans both retinas at the same time. The scan involves a polarized laser that examines nerve fibers in an area of ​​the light-sensitive retina called the fovea, which is important for central vision. Even a subtle deviation of the fovea — called a low-angle strabismus — can interfere with the brain’s ability to integrate images from both eyes. The device calculates a binocularity score that indicates whether the child should be referred to an ophthalmologist for further examination.

For the study, 300 children, ages 2 to 6, with no known eye conditions, were recruited during previously scheduled visits to two Kaiser Permanente pediatric clinics in Southern California.

Two non-ophthalmologists trained in the use of the device screened each child and the results were compared with those of an eye exam performed by a pediatric ophthalmologist who was unaware of the results of the device. The device detected all six cases (100% sensitivity) of amblyopia and/or strabismus that were confirmed by the professional eye exam. The device also flagged an additional 45 children who may have had amblyopia and/or strabismus, who were later determined to be normal by eye examination (85% specificity).

“In the hands of a trained user, it takes 28 seconds to sit the child, perform the test and record the results – provided the child cooperates – which is an important consideration for its adoption in busy pediatric healthcare environments,” said the study’s co-principal investigator, Shaival S. Shah, MD, a pediatric ophthalmologist at Kaiser Permanente, located in Tustin Ranch, California. The test itself requires only 2.5 seconds of a child’s attention.

A major limitation of the study was that the device was not compared to currently available photoscreening devices. Such devices detect differences in light reflexes in each eye and produce images that can help detect risk factors for amblyopia, but not amblyopia itself, which can lead to both over- and under-detection of amblyopia.

In contrast, the pediatric vision scanner detects the presence of amblyopia as opposed to the risk factors of amblyopia, which can lead to fewer unnecessary referrals to pediatric ophthalmologists.

The pediatric vision screener tested in the study is a prototype of blinq. ®, a device approved by the US Food and Drug Administration in 2016.

This article has been republished based on the following materials. Note: Material may have been edited for length and content. For more information, please contact the said source.

A firefighter donates 119 blood donor cards to children with cancer : The DONG-A ILBO