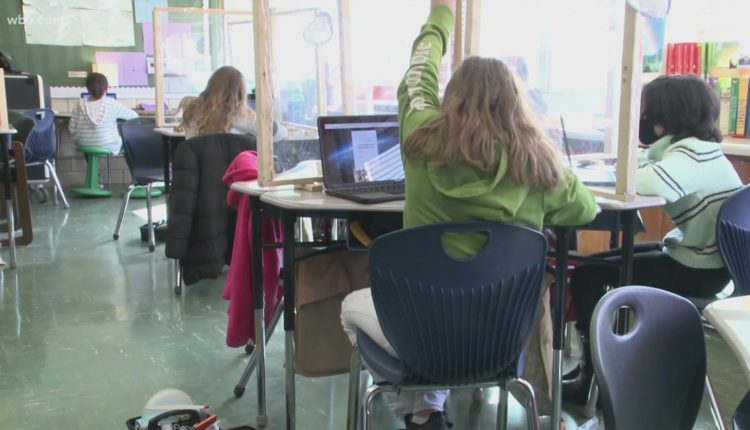 Parents opposed to mask mandates have sought ways to avoid school requirements, including trying to get a doctor’s note.

The Knox County School District’s new mask policy officially went into effect Tuesday after a federal court ruling ordering it — and parents opposed to mask mandates have sought ways to circumvent the requirements.

Since KCS announced the mandate, Kids Central Pediatrics in Oak Ridge has been inundated with phone calls and Facebook posts from parents asking about medical mask waivers. Pediatrician Dr. Cliff James said he and his staff will not sign the forms unless a child really needs the waiver for medical reasons.

“Just because you have different political beliefs is no reason to put my medical license on your political agenda,” James said.

When parents started asking about medical mask waivers, James said he was ahead of the rush, making it clear he wouldn’t sign anything that isn’t necessary.

According to the federal court ruling, Knox County Schools can only offer two types of medical exemptions: for children with autism or children who have had a tracheotomy.

James said he hasn’t actually seen masks harassing one of his young patients before mask mandates became a point of political contention among adults.

“It’s amazing how accepting they are. It’s funny when we go see them in the office now and you have to take their masks off. They don’t want to take it off, you know, they’ve gotten used to it. Kids are accepting a lot more than adults,” said James.

One issue James said parents should agree on is that the biggest threat to children in the past year and a half has been absenteeism from school.

“These kids don’t do well if you take them out of those situations. They don’t learn very well, they need those social interactions with the other kids, and when you take that away, we see huge amounts of anxiety and depression.”

He said a better way to look at the mask is to see it as a way to keep kids in the classroom.

“There are a lot of things that we don’t necessarily like that can rob us of our freedom, but in the end we’re just trying to protect children and people,” James said.

What’s the Best Age for the HPV Vaccine? – Healthline