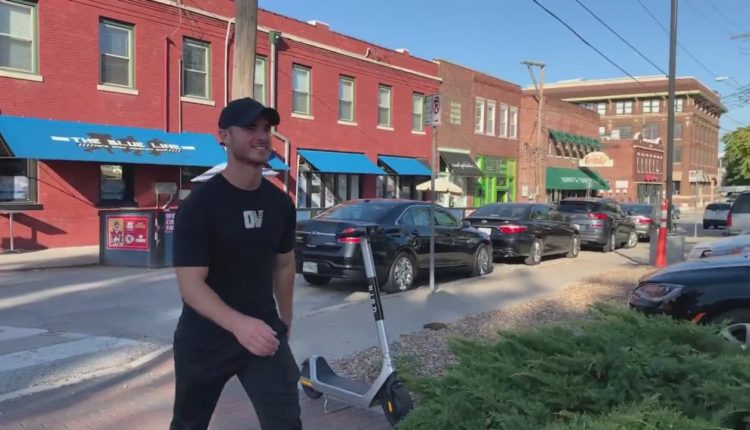 Kansas City, Mo. – He was told he would never walk normally again, but now a former childhood cancer patient is walking across America.

It’s called the Walk for Hope. Cody O’Connor hopes to raise money for pediatric cancer patients and shed light on the effects a cancer diagnosis has on their families.

Johnson County pediatrician gets COVID vaccine, irritating some who say she downplayed pandemic

“The roads in America are not for walking,” O’Connor said when asked about his trip to Kansas City.

And if anyone walked across America, it probably wouldn’t be O’Connor.

“No doctor wanted me to do this,” he smiled.

“The way I walk, I roll on the outside of my foot,” he explained.

O’Connor had to have it removed to try and save his teenage life after being diagnosed with Ewing’s sarcoma. He survived a form of childhood cancer that many children do not have, but his struggle to get back on his feet lasted several years.

“I was told I’d spend the rest of my life in a big walking machine with metal hinges that you keep oiled,” he said.

But as the eldest of seven children, his struggle was never his own alone.

“What I struggled with and what my family struggled with, I wanted to make sure that no other child ever had to wonder where food came from on top of fighting cancer,” he said.

O’Connor began training to organize a walk in his hometown of Cincinnati, Ohio.

“Then we had random kids approach us and say they inspired them and it’s like we can reach so many people with a 20-mile walk, maybe we can do this on a bigger scale,” he said.

That’s why he’s now covered more than 1,200 miles and ten pairs of shoes in a hike that took him from New York to Los Angeles. Along the way, he meets young cancer patients, their doctors and others on his walk to hope. O’Connor hopes to raise $300,000 for a nonprofit that supports them called Champions Do Overcome.

“I want to show every child in this country that whatever their dreams are, whoever tells them their dreams can’t come true, they can work hard and achieve anything, no matter their circumstances.”

You can follow O’Connor’s journey on his various social media platforms here.