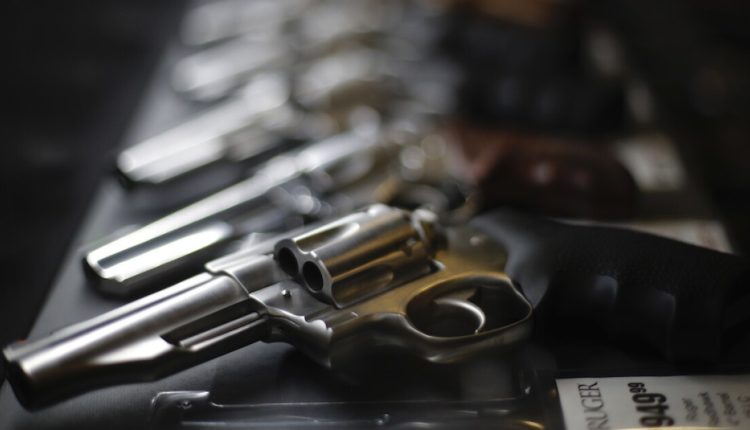 RICHMOND, Va. — A group of health professionals and police teamed up at Richmond Children’s Hospital on Wednesday for a ‘Day of Action’ to address a troubling trend: children being shot.

According to the director of the trauma center at the children’s hospital, firearms are the leading cause of injury-related infant deaths in Virginia. According to the American Academy of Pediatrics, 4.6 million children across the country live in homes that have unlocked and loaded firearms.

When accidents inevitably happen and the trigger is pulled, health workers at Richmond Children’s Hospital and across the country see the devastating effects.

“When I worked in the emergency department, I remember feeling like a new injury was coming in every week or so. And that was really striking to me,” said Dr. Hannah Hollon, pediatric resident at Richmond Children’s Hospital. “So I started doing some more digging and realized this was a big deal.”

Since becoming aware of the issue in 2019, Dr. Hollon worked with other residents and the VCU police to distribute hundreds of gun locks in their own clinic.

On Wednesday they went one step further.

A group of residents across the province called Trainees for Child Injury Prevention organized a day of action to raise awareness of safe firearms storage across the country.

At Richmond Children’s Hospital, residents set up a table in the Children’s Pavilion with Safe Kids, Mom’s Demand Action and VCU Police to hand out locks and educate anyone who might pass by about the importance of safe firearms storage.

But they hoped their message would reach further.

“In more recent years, probably the last four or five, we’ve seen an increase in the number of children who inadvertently get their hands on firearms and then shoot themselves or someone else,” said Corri Miller-Hobbs, Pediatric Injury Prevention. Outreach and Education Coordinator at Richmond Children’s Hospital. “That’s scary and breaks our hearts and so we really want to do everything we can.”

Miller-Hobbs said firearm injuries to children can often be prevented by storing your gun in a locked place, unloading it and out of the reach and sight of children.

“You also want to make sure you lock up that ammunition that you separated from the firearm, out of the sight and reach of children,” Miller-Hobbs said.

She also said it’s critical for parents to be aware of how guns are stored in the homes of friends and other caregivers your child visits.

“More than a third of accidental shootings involving children take place in homes other than their own,” Miller-Hobbs said. “Have that conversation. It can be difficult, but I’m trying to compare it to if you have a child with a food allergy, you’re going to have that conversation with the other caregiver.”

She advised parents to ask the other caregiver if they had a gun and if so, how that gun was stored.

A quick conversation and simple steps can keep a child away from the trigger and families out of the hospital.

“That can make all the difference in protecting them,” Miller-Hobbs said.

dr. Hollon said raising awareness for safe storage of firearms was a goal of their “day of action.” The other: legislation.

She advocated stricter policies that would make it illegal to have an unsecured gun around a minor and urged the public to keep that in mind when voting.