Pediatricians with kids speak out about delta surge fears 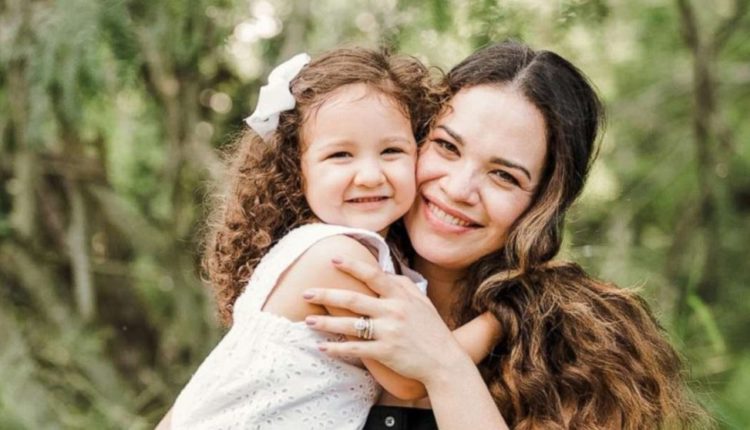 When Dr. Keila Rodriguez comes home, her 3-year-old daughter knows she has to wait to hug her mother.

“After the pandemic started, I would tell her, ‘You can’t hug mom now, I have to shower and I have to change because I was around sick people all day and I don’t want to make you sick,'” she said. the Texas pediatrician to ABC News. “She knows now – I come home and she’s like, ‘Mom, how are you? I’m so happy to see you.’ But she stays far away and says, ‘Go take a shower and change, because I want hugs.’

Rodriguez’s hometown of McAllen, in the Rio Grande Valley, was particularly hard hit by COVID-19. Several people in her father’s family died from the virus, she said.

“It quickly became personal to everyone in the community,” she said. “Almost everyone knew someone who was very, very sick or died.”

Just when the family was starting to get back to normal, the delta variant took off.

In recent weeks, record numbers of COVID-19 cases in children have been reported and pediatric intensive care units in parts of the country are reaching levels not seen before during the pandemic – just as children are going back to the classroom.

dr. Keila Rodriguez, a Texas pediatrician, in an undated photo with her 3-year-old daughter.

Rodriguez, like many pediatricians across the country, is concerned and overwhelmed and tries not to get angry.

The pediatricians with children ABC News spoke to said they are afraid of the current wave, not only for patients, but also for their families, especially as other communicable diseases spread. And they are using their platforms to try to spread the word about vaccination and mitigation.

COVID-19 cases in children are at record levels. More than 243,000 pediatric cases were reported between Sept. 2 and Sept. 9, the second-highest figure reported during the pandemic, according to the most recent report from the American Academy of Pediatrics and the Children’s Hospital Association. According to the organizations, the highest number of weekly cases was reported the week before, with more than 251,000. The number of hospital admissions has also increased enormously.

“When you tell a parent that their child is positive for COVID, you see the fear in their eyes,” Dr. David Reeves, a pediatrician for Memorial Hospital at Gulfport in Gulfport, Mississippi, told ABC News. “Luckily, most kids aren’t that sick of it, but we’re definitely seeing more serious illnesses with the delta wave.”

Even so, children are still at a lower risk of becoming seriously ill or dying from COVID-19, according to a recent study by the US Centers for Disease Control and Prevention, noting that an increase in hospitalizations among children is increasing these. summer coincided with the rampant spread of the virus. The CDC said it was unable to determine with the available data whether the increase in hospitalizations was due to an increase in transmission of COVID-19 or greater disease caused by delta.

The American Academy of Pediatrics and the Children’s Hospital Associations have warned that there is an urgent need to collect more data on the long-term impact of the pandemic on children, “including ways the virus may harm the long-term physical health of infected children, as well as the emotional health of children.” and mental health effects.”

dr. Rebekah Diamond has served as a hospital pediatrician at Columbia University/NewYork-Presbyterian Morgan Stanley Children’s Hospital in New York City since the start of the pandemic. She has also seen the impact on children’s mental health and the loss of social support due to the pandemic.

Diamond, who has a 3-year-old daughter, said she felt a “huge amount of fear” at the start of the pandemic to care for COVID-19 patients, worried she would take the virus home or spread it to her family.

“As a physician, as a parent, navigating this pandemic, I have not met a single physician who has said, yes, it was a cinch,” Diamond said. “I certainly haven’t met a single parent who, especially right now, doesn’t feel any level of extreme fatigue or stress or burnout, or just a variety of emotions – anger, sadness, fear, it’s all there. And I would say, I’m there with everyone.”

As COVID-19 cases have soared across the country as a result of the highly transmissible delta variant, the past few weeks have been “so destabilizing,” Diamond said.

“It feels like we’re in an almost worse place than we were last year with our kids,” she said.

Navigating through childcare remains particularly fraught. Diamond said it “really breaks my heart as a parent and pediatrician” as parents continue to make difficult choices during the childcare and school pandemic.

“It feels like we don’t have everything under control, but the extent to which we have this crisis now is largely preventable,” she said. “And I just know that parents feel totally let down. I can’t blame them.”

More worried ‘than ever’

dr. Katherine King, a pediatric infectious disease physician scientist who works at Baylor College of Medicine and Texas Children’s Hospital in Houston, Texas, has seen cases increase in her area just as she prepared for the new school year. .

“I must say that I am now more concerned about the situation than ever because the number of infections in our community is higher than ever,” she told ABC News.

King said she has done “everything to limit exposure”. She withdrew her 8-year-old daughter from summer camp because the number of COVID-19 cases in the community was increasing and the practices of masks and social distancing were inadequate. Instead of a big party for her daughter’s birthday this summer, they had something small in their backyard.

But two weeks before school started, her daughter was exposed after a fully vaccinated neighbor tested positive, King said.

“I went through the whole concern and worried that she might test positive and whether she would be able to go to school on time,” King said, pointing out that her daughter ended up testing negative twice.

dr. Katherine King, a Texas pediatric infectious disease physician-scientist, in an undated photo with her daughter.

“I felt like I was really going through it with everyone else in terms of all the concerns about the many exposures that are happening in the community right now and all the concerns we have about whether our kids will be able to go to school,” she said.

The concerns have only continued since the school began amid a delta wave in Houston. On the second day of school, King received an email from her daughter’s school that someone in the class had been exposed to COVID-19, which eventually tested negative. On a recent Friday, the school sent students home with a go-bag in case they couldn’t come back the following Monday.

Two weeks into the school year, King had already learned that two nearby schools had to move to remote locations due to COVID-19 cases.

“Unfortunately, I think right now we are in this place where there are so many cases and so many contacts that it becomes really impractical for the schools to stay open, especially in the parts of the city where masking is not mandatory,” she said. said.

“I expect we will have more disruptions this school year than last year,” King said. “So as a parent, that means we’re constantly a little bit on edge.”

Rodriguez, King and Diamond are using their platforms as pediatricians to educate and educate people during the pandemic and to counter misinformation.

Rodriguez published a children’s book last year, “When the World is Sick: A Story About Staying Safe and the Coronavirus,” about talking to kids about COVID-19 and how to stay safe, and plans to write more books.

“It fills my cup, the way people say about things that fulfill them,” she said. “It makes me really happy and fulfilled to help the community.”

Both Rodriguez and Diamond have taken to Instagram to connect with parents and their questions during the pandemic.

“It was really satisfying for me to put myself out there and show parents that as pediatricians we really know what you’re going through,” said Diamond, who has a book, “Parent Like A Pediatrician.” “Not everyone has the same struggles, but we’ve seen you during this pandemic, I’ve seen parents during this pandemic, and I think what it does is just make me feel all the more protective and even angry on behalf of parents because I I’ve seen that journey, not just for me, since last March.”

King has advocated vaccination to reduce transmission and prevent long-term illness related to COVID-19 infection. She plans to have her daughter vaccinated as soon as she is eligible.

“I was one of the first to get the vaccine myself, and I hope my daughter will be one of the first kids to get it when it becomes available,” King said, noting that could be before the end of the year. come. “We want to get her vaccinated as soon as possible. We can see the immediate effects of vaccination, zip code by zip code in the United States.”

Masking mandates have become a lightning rod issue this school year. Although mask use is crucial to prevent the spread of the virus, especially for those who are still too young to receive the vaccine, the doctors said.

“The only thing that will traumatize kids about masks in the coming months is turning it into a debate conversation, when the conversation should be real — what kind of security and support are we giving kids in the coming months so they feel safe in the house, they feel safe in school, they feel that if they get COVID they will do well, that will keep the hospitals open and well staffed,” Diamond said. “The things you can control are how you shape your own peace of mind and your own comfort and safety and how you model all of this after your kids.”

King is urging people to “pin again” amid rising COVID-19 cases and hospitalizations, where she sits in the front row.

“It’s so hard sometimes to really take statistics and numbers into our lives and really feel what that means, but it’s very easy for me because I go to work every day and I can see with my own eyes what coronavirus is doing with a child can do and the impact it can have on a family,” she said. “So it’s very clear to me how valuable it is to try to control this virus and try to avoid it.”

Arielle Mitropoulos of ABC News contributed to this report.