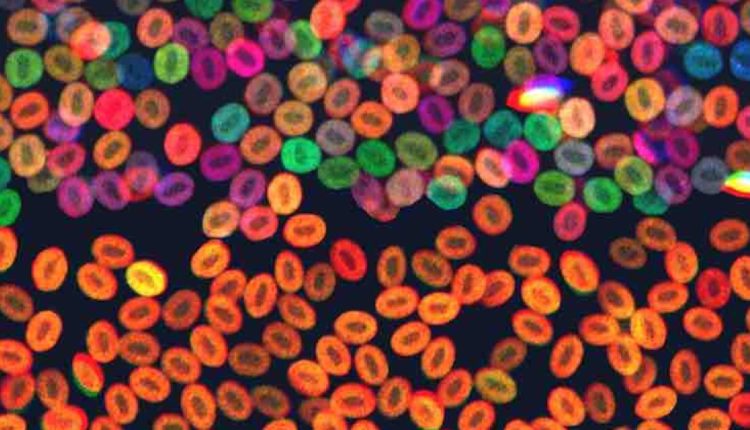 Scientists investigating a root cause of leukemia have made an important discovery about how genetic mutations can cause blood stem cells to go rogue, creating dangerous populations of cloned cells that can later turn into cancer. The team’s experiments on zebrafish not only shed new light on how these cells protect themselves as they multiply rapidly, but also reveal new targets for scientists looking to stop blood cancers at an early stage.

The research, conducted by scientists at Boston Children’s Hospital, focuses on what is known as clonal hematopoiesis. This is caused by genetic mutations and causes blood stem cells to multiply disproportionately compared to other cells, quickly forming distinct populations of cloned cells that can then become dominant. Clonal hematopoiesis is a natural part of aging but is also associated with cardiovascular disease, solid tumors and in rare cases can lead to blood diseases and in turn leukemia.

The authors of this new study wanted to explore the idea that these rogue populations of cloned blood stem cells, which can make up up to 30 percent of a person’s blood cells, can be prevented from forming. Because children with blood disorders can develop clonal hematopoiesis early in life, such interventions may hold the key to preventing potentially fatal blood cancers.

“These children have a germline mutation that puts them at risk of developing leukemia earlier in life,” explains study author Serine Avagyan. “They can develop clonal hematopoiesis in adolescence and sometimes at a younger age. We think these predisposition syndromes accelerate the process of clonal hematopoiesis, resulting in early leukemia.”

For their study, the scientists turned to the tried-and-trusted zebrafish, which often serves as a model for researchers because it has a remarkably similar genome to humans and their embryos happen to be transparent. In this case, that meant the scientists could watch the development of blood cells in real time and see how different genetic mutations changed their activity.

“If you could understand how blood stem cell clones become cancer, you could specifically target the clone causing the problem,” said study co-author Leonard Zon.

The zebrafish blood stem cells are present in a variety of colors, almost like a rainbow-themed barcode showing their diversity. The scientists used CRISPR to introduce genetic mutations found in human clonal hematopoiesis and then waited to see if a particular type of stem cell took over and formed a rogue population of cloned cells.

“Serine was able to create mosaic mutations so that some of the blood stem cells had the mutation and others didn’t,” Zon says. “We could then ‘compete’ the cells in the fish’s body to see which mutations cause a particular line of cells to take over.”

This process enabled the scientists to determine which genetic mutations caused single blood stem cell populations to become dominant. From there, they studied which genes turned on different blood cells, showing that the mutated blood stem cells turned on anti-inflammatory genes and produced anti-inflammatory molecules. This protected them from inflammation and gave them a significant advantage over the other cells. The scientists then showed how by turning off one of the genes behind this protection, called nr4a1, the cloned cells miss out on this benefit.

“We’ve seen a lot of evidence that the bone marrow is really inflamed in patients with clonal hematopoiesis,” Zon says. “But this is one of the first studies to show that there are pathways in stem cells that make them resistant to the inflammation.”

The scientists hope to use these findings to develop therapies that reduce the risk of leukemia in people with clonal hematopoiesis. They will begin developing a small-molecule drug that targets the nr4a1 gene or other anti-inflammatory mechanisms, then work on clinical trials.

The research is published in the journal Science.