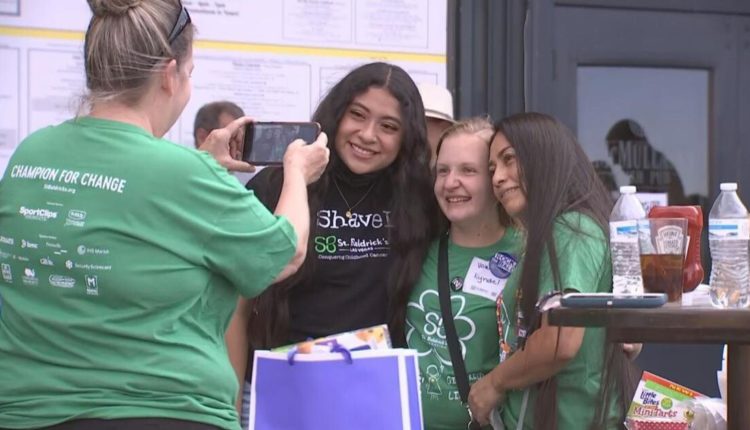 LAS VEGAS (KVVU) — On Saturday, an annual fundraising campaign in the West Valley raised hundreds of thousands of dollars for childhood cancer research.

It was the 15th year that McMullan’s Irish Pub hosted their annual head shaving event, the proceeds of which benefited the St. Baldrick’s Foundation.

In addition to donating to charity, attendees were invited to show their support for cancer research by shaving their heads.

“I think there are a lot of newcomers this year, which is incredible,” says Lynn McMullan, who owns the pub with her husband Brian. “I think they are blown away by the energy, and how great you feel when you shave your head. It’s empowering and I feel like people understand that they can be part of something much bigger than themselves.”

The event also featured Irish food and a DJ.

By Saturday night, they had raised at least $907,468, with organizers hoping the eventual total would be over $1 million. They said 100% of that proceeds would go to the St. Baldrick’s Foundation.

The annual fundraiser is personal to the McMullans, who lost a 2-year-old daughter to brain cancer.

“I think our daughter inspired the community to stand up for children.” Lynn McMullan said of the event, where Southern Nevadas of all ages attended. “When we see children standing up for children, we have no choice but to keep going.”

Please note that this content is subject to a strict local market embargo. If you share the same market as the contributor of this article, you may not use it on any platform.