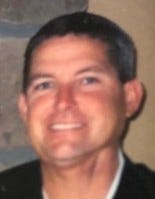 He was of the Catholic faith. Randy, who graduated from Franklin High School in 1984, was an outstanding athlete. He excelled in football, baseball and basketball and still holds the school record for the most points in boys’ basketball. Randy took up basketball as a starter at Westminster College in New Wilmington and earned a BS degree in Business and Marketing. He was very proud of his tenure with Johnson and Johnson, where he maintained a great sales record. Randy was an avid sports fan and loved March Madness, college football, and the Pittsburgh Steelers. He enjoyed golfing, hunting, playing bingo and visiting casinos with friends. He loved his family very much and his two children were his greatest pride and joy.

Family and friends are invited to attend STEPHEN P. MIZNER FUNERAL HOME & CREMATION SERVICES, INC., 404 CHESTNUT ST., MEADVILLE on Saturday, November 20, 2021 from 11:00 AM to 1:00 PM, where a Celebration of Life Service will follow at 1 p.m. led by Lou Slautterback.

Randy will be buried in Graham Cemetery, Franklin.

Commemorative contributions may be made in memory of Randy to the American Cancer Society, 320 Bilmar Drive, Pittsburgh, PA 15205-4620.

‘All eligible children’ should get COVID-19 vax