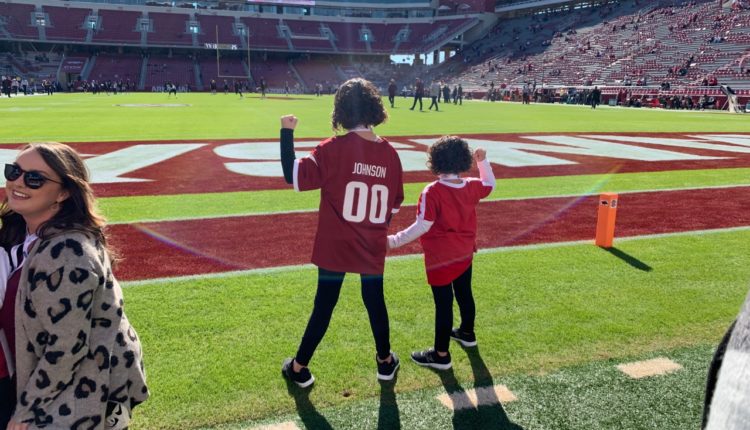 FAYETTEVILLE, Ark. (KNWA/KFTA) – The red carpet was rolled out in the Razorback Stadium for three families with seriously ill children today. During the competition, the children received VIP treatment.

For some families, today was a break from their daily struggle, but for one family it was a celebration for their daughter, who overcame brain cancer when she was nine months old.

“When they diagnosed her, they said she probably wouldn’t see her first birthday,” says Erin Johnson.

Erin is the mother of 6-year-old Tori Johnson. Tori, one of three children with a serious illness, was invited to the Razorback stadium on Saturday for a VIP experience.

Erin says her daughter was diagnosed with brain cancer at nine months old. Today Tori has overcome brain cancer, but she will never forget the way here today.

“The hardest thing when she was diagnosed, other than knowing what she was going through, was her older sister Sydney. What would she miss if she lost her youngest sister Tori,” says Erin.

Tori says she had the best day ever with her big sister and family. She says she loves all stadium snacks, but her favorite part was the meet and greet before the game.

“My favorite part was seeing the cheerleaders,” Tori says.

The Daycare in Northwest Arkansas

Mom’s favorite part, seeing both of her babies experience together.

“To be able to be here today, to see the two of them running around, having fun and doing this together, there’s no better feeling,” says Erin.

This day was made possible in part by Special Spectators. I spoke to the founder of the program, and he says no matter how many times they put together days like this, he is never prepared for the feeling of seeing all these kids running around together with big smiles and having a great day .