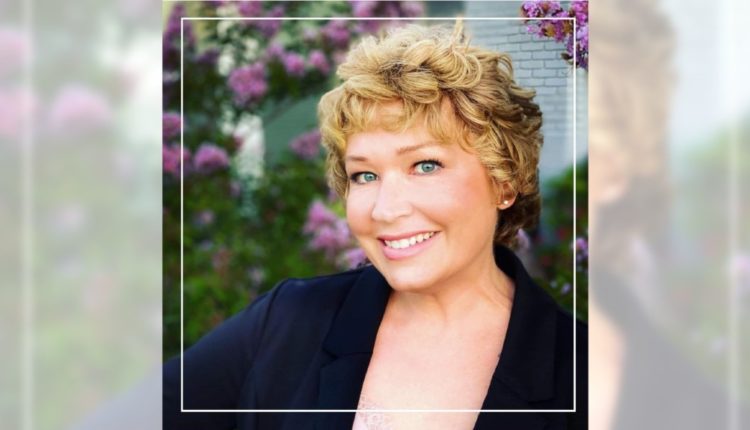 Jennifer Lynn Chow was a fighter until her last breath.

It’s hard to imagine what she’s endured over the past three years: breast cancer. A double mastectomy. Reconstructive surgery. months of chemotherapy and radiation.

And just as she had overcome that cancer, a new one emerged: acute myeloid leukemia. Another battle ensued, one marked by blood transfusions and more chemotherapy as the Seal Beach resident prepared for a stem cell transplant that could have saved her life.

But the transplant never came.

Despite everything, she always remained optimistic and never gave up hope. But her body could only take so much and at the far too young age of 44 she died earlier this month at the City of Hope Hospital in Duarte.

“She fought so hard to stay alive for her family until her last breath,” her husband, LAPD Deputy Chief Blake Chow, said this week. “She was the bravest person I’ve ever known. She was an inspiration to all of us in health and illness.”

Condolences have been sent to him, including those from Los Angeles Mayor Eric Garcetti and members of the Los Angeles City Council.

“Everyone who knew Jen loved her,” her husband said.

A life celebration in honor of Chow is scheduled for Nov. 3 at 10 a.m. at Eisenhower Park in Seal Beach.

Blake and Jennifer Lynn Chow with their daughter Thea in New York in 2019. (Courtesy of photo)

Jennifer Lynn Chow as she shaved her head in 2019 for her breast cancer chemotherapy treatments. (Thanks to photo)

A GoFundMe account has also been created in her name. Her illness prevented Chow from getting life insurance, her husband said.

“We’re raising money for her children’s college tuition so they can go to the colleges of their choice,” Chow’s widower said. “Any support for the family would be greatly appreciated.”

In April, Chow’s friend, Long Beach resident Jennifer Davis, teamed up with the Be The Match organization to set up a drive-thru event to find a stem cell donor for Chow while she was being treated at UCLA. Medical Center.

But in a rare stroke of luck, a match was found just before the event. The discovery ended a search previously begun among the more than 20 million potential blood stem cell donors listed on the Be The Match registry. The Long Beach cheek swab drive-thru event was still happening, so Be The Match was able to keep expanding its registry.

“It’s a miracle,” Chow said at the time, in her typical extrovert way from her home in Seal Beach.

She was transferred to City of Hope Hospital and had a transplant scheduled for this month.

But an infection slowed that down and she died before the transplant could be performed.

Jennifer Chow was born Jennifer Balentine on March 21, 1977 in New Pekin, Indiana, a small town in southeastern Indiana. Her father was a mechanic and her mother had a restaurant there.

She attended elementary and high school in New Pekin before graduating from Indiana University Southeast in New Albany.

In the late 1990s, she moved to Southern California.

Chow was first diagnosed with breast cancer in March 2019 when she was about to celebrate her 42nd birthday.

“I felt something in my chest and decided to see my doctor,” she said in April. “I had a mammogram and it showed I had stage 3C cancer. It grew slowly. If it had been more aggressive, I wouldn’t have been here.”

She had a double mastectomy. Then four months of chemotherapy, 25 radiation treatments and reconstructive surgery. Before chemotherapy, she shaved her head and wore wigs.

The surgery and treatment, she said, were “cruel but successful.”

Then she thought her battle with cancer was over and her life would return to normal.

Chow let her hair grow back, which can be seen in a happy family photo from last Christmas. But shortly after the New Year, on January 8, she got the devastating news: Tests showed she had acute myeloid leukemia and needed more chemotherapy — and a stem cell transplant.

“My head started spinning,” she said in April. “I thought my cancer journey was over. It didn’t seem real.”

That’s when Davis, a friend and business associate in Rhonda and Jennifer Keller Williams Pacific-Estates Realty, organized the Pap smear for a transplant donor. Davis and Chow first met in 2013. Davis was also the real estate agent for the Seal Beach home that Chow bought in 2017. Davis mentored Chow in real estate and in July 2020, Chow got her real estate license and did very well, even making a Top 25 sales list in October of that year.

Then came the leukemia diagnosis, which put everything on hold.

In the week before she died — which also marked her and Blake Chow’s first wedding anniversary — Chow spoke to Davis and family members in individual meetings at the hospital about COVID-19 guidelines.

“I last saw her on September 29,” Davis said. “She kept saying, ‘I’m fighting this. I’m not going to give up.’ She wasn’t talking about death. She was optimistic. She was talking about hope and the future.”

Blake Chow said that while his wife remained positive and optimistic during her ordeal, his wife also had moments when she feared the unknown.

“But she never let that get in the way,” he said, “of what she had to do to survive.”

In addition to the chemotherapy, Chow also had to receive blood transfusions that lasted up to six or seven hours.

“We were all scared,” he added. “I cannot thank the City of Hope doctors and staff enough for their attitude and caring. There is a reason why it is called the City of Hope. They give patients a reason to hope.”

Shortly before Chow died, on October 4, her husband entered her room for a visit. She was asleep, Blake Chow said, but opened her eyes as he approached.

“I said I loved her,” the widower said. “She asked me about the children and how they were doing. She cared more about other people than herself. I told her and then she closed her eyes.”

It was the last time the couple was together while Chow was still alive.

In addition to her husband, Jennifer Lynn Chow is survived by her mother and father, Teena and Randall Balentine; her sister, Stacy Ballentine; and her children and stepchildren, Reilly Reategui, 17; Noah Reategui, 15; Isaac Reategui, 10; Andrew Chow, 28; Nick Chow, 24; and Thea Chow, 17.

Sign up for The Localist, our daily email newsletter featuring hand-picked stories relevant to where you live. Subscribe here.