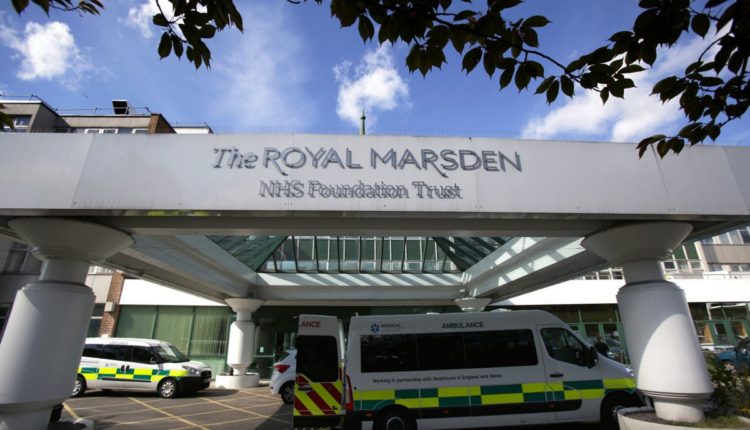 London’s fragmented pediatric cancer services will finally be reformed after a decade of delays and cover-up allegations by senior officials.

NHS England has said it will adopt recommendations to ensure that the capital’s services are brought up to standards already common in the rest of the country, requiring pediatric cancer centers to be located in hospitals with full pediatric intensive care units.

The changes will be imposed “with no exceptions or special arrangements allowed,” it said in a letter yesterday.

This means that Royal Marsden’s children’s service at its base in Sutton, South London, will have to move to a new hospital. Currently, sick children who are deteriorating at the Marsden site must be rushed by ambulance to St. George’s Hospital, 40 minutes away.

The world-renowned Royal Marsden Trust, whose CEO Dame Cally Palmer is also NHS England’s national cancer director, was at the center of a cover-up before the Covid-19 pandemic.

In 2019, the Health Service Journal revealed that a major report, commissioned by NHS bosses in London after the deaths of several children, had been “buried” by NHS England.

The death of two-year-old Alice Mason in 2011 from a brain disorder sparked an official warning by a coroner about Royal Marsden’s care model and a 2015 report by a panel of cancer experts warned that children were at risk in South London.

This report, led by Mike Stevens, Professor Emeritus of Pediatric Oncology at the University of Bristol, has never been made public and NHS England has failed to act on the central recommendation to reconfigure services.

Former chief executive, Sir Simon Stevens, a close ally of Dame Cally Palmer, attended a meeting in 2015 where the decision was made not to publish the 2015 report.

Andy Mitchell, NHS England’s own medical director for London, went public in 2019, accusing his former employer of concealing the report through “bureaucratic burial”. He said there had been a “pervasive influence from the top” of NHS England to prevent the concerns from being made public.

Internal emails between NHS England staff discussing the report in 2016 showed an official warning that the “alleged ‘cover up’ could become the story in itself” and referenced the Bristol childhood heart scandal in a separate email, warned “There is a potential for this to blow up in our faces.”

NHS England is also said to have pressured doctors in 2018 over their plans to recommend changes that would mean the Royal Marsden site would have to be moved. It also interfered with another national report to change a recommendation on co-localizing pediatric cancer care with ICU services, the first time it happened.

Following the revelations, former Cancer Czar and Superintendent of Hospitals Sir Mike Richards was called in to conduct a rapid assessment and supported plans for children to gain immediate access to intensive care services to minimize risks.

In January 2020, Sir Mike said the current situation meant that children and their parents were forced to “go back and forth quite often” between two hospital sites, adding: “I don’t believe this situation should go on any longer than necessary. ”

In a letter published yesterday in response to his review, NHS England said the new service specifications “make co-location with level three pediatric critical care a mandatory requirement with no exceptions or special arrangements allowed.”

It said hospitals would now work on drafting new solutions and a public consultation would take place.

A spokesperson for the Royal Marsden NHS Foundation Trust said: “We recognize that NHS England’s new specifications are designed to pave the way for a new, forward-looking service when there is a greater emphasis on having pediatric intensive care in place. Unfortunately it is not feasible for us or the NHS to build and commission a pediatric intensive care unit at the Royal Marsden.

“Our priority now is our professional duty to share our expertise for the benefit of children with cancer and their families by ensuring that the new service is of the highest possible quality and to ensure a smooth and timely transition for our staff and our to insure patients.”