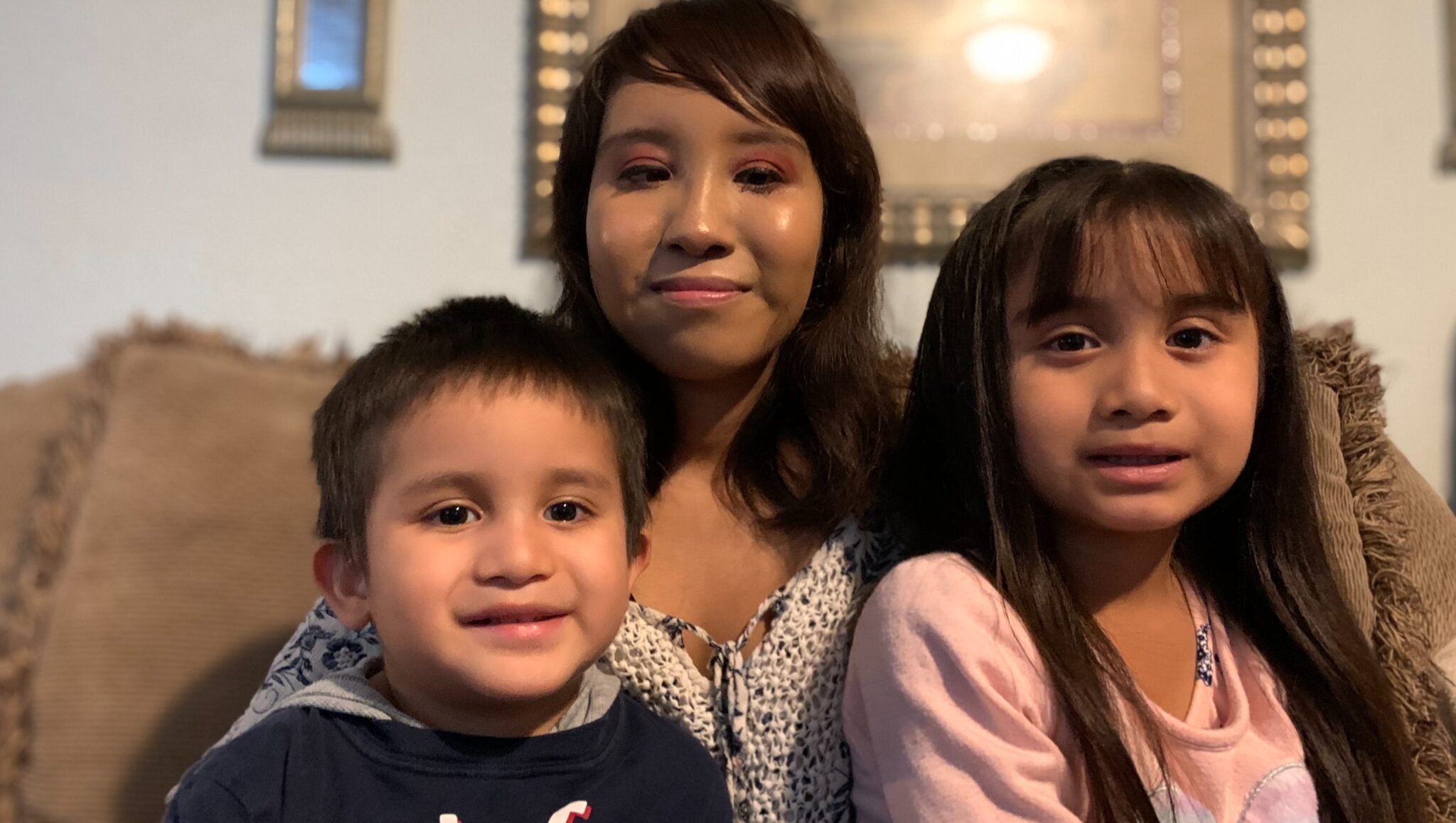 She has cancer. But as an Idaho DACA recipient, she couldn’t get insurance for months.

BOISE, Idaho — Karla Rodriguez didn’t know what was going on, but something was definitely wrong. Her whole lower body was swollen, she was in pain and she was coughing.

Rodriguez, who lives in St. Anthony, went to a local emergency room on a Friday in late August. There she was diagnosed with an ear infection.

Rodriguez – a full-time mother of two young children – deteriorated over the next few weeks. She returned to the clinic, where the same doctor examined her for the second time.

The whites of her eyes were yellow, a sign of liver damage.

She soon learned that she had a life-threatening illness. Without treatment, Rodriguez would die — and she had no health insurance.

Rodriguez is a “Dreamer” – an adult illegally brought to the US as a child and given legal protection from deportation under the Deferred Action for Childhood Arrivals (DACA) program.

She was 6 years old when her family brought her to the US from Mexico.

According to a report by US Citizenship and Immigration Services, an estimated 2,760 people in Idaho were active DACA recipients as of March 2020. That included about 1,180 people in the Boise area.

Only California, Massachusetts, Minnesota, New York, Washington and the District of Columbia offered state-funded health insurance for some or all DACA recipients as of 2021.

Medical treatment just out of reach

By the time Rodriguez went back to the emergency room, she could barely walk, she said.

After her exam, the doctor sent her to Bingham Memorial Hospital in Blackfoot. She arrived about 9:30 p.m. and was given pain medication and a CT scan. About five hours later, a doctor told her she had cancer — and sent her to a larger hospital for more tests.

At just 26 years old, Rodriguez was diagnosed with multiple myeloma, a cancer that usually affects people decades older than Rodriguez.

“The doctor was really surprised, because (multiple myeloma) happens to older people,” Rodriguez said in an interview in January. “My bones have holes in them and I have some other lesions in my heart, in my head and then in my lungs.”

Her liver is also three times the size of normal and has lesions, she said.

With recent advances in cancer treatment, Rodriguez had options. She could receive radiation, chemotherapy, immunotherapy and/or a bone marrow transplant to potentially save her life.

Hospitals are not required to provide free medical care to people who do not have an immediate medical emergency. And bone marrow transplants are among the most expensive medical procedures out there. So much of the health care Rodriguez needed was out of reach until she could be insured.

Her best option was to buy private health insurance, but her plan wouldn’t start until January 1, four months after her diagnosis.

Her sister has set up a GoFundMe fundraiser to help Rodriguez buy health insurance and pay the cash bills that are already piling up.

Rodriguez had emergency care visits and two hospitals, numerous blood tests, a bone marrow biopsy of her spine, X-rays, scans and an echocardiogram, she told the Idaho Capital Sun. And that was just the medical care she received on her way to a diagnosis — before she could even begin treatment.

Rodriguez has now undergone multiple radiation and chemotherapy treatments. Those treatments and the disease itself destroyed her body. She had dental surgery to remove teeth, due to bone loss in her jaw. Her gums didn’t heal, so she underwent hyperbaric oxygen therapy. Her ears began to bleed from the hyperbaric pressure, so she had to have tubes inserted into her eardrums by an ear, nose, and throat specialist.

Rodriguez also has an 80-mile round-trip ride to the cancer center in Idaho Falls for chemotherapy. By mid-January, she’d made that ride at least 36 times.

Rodriguez’s mother helps Rodriguez and her partner take care of their children.

GET MORNING LINKS IN YOUR INBOX

The light at the end of the tunnel: a bone marrow transplant

For the bone marrow transplant that could save her life, Rodriguez heads to Salt Lake City.

Her doctors told her to expect two transplants — often what’s needed to put multiple myeloma into remission, according to the Mayo Clinic.

However, every transplant is not a one-day procedure. It is a process in which stem cells are harvested from a patient, the patient is given heavy chemotherapy to kill their diseased bone marrow, and then replaced it with stem cells.

The process makes a patient vulnerable to infection. With new bone marrow, their immune system is like that of a newborn baby.

The health insurance plan she bought has an annual cap of $6,000 for medical care, a cap of $1,500 for prescription drugs, and a monthly premium of about $500 a month, she said.

That’s expensive, but it could have been worse. Before the Affordable Care Act, she probably would have been turned down for health insurance had she applied in August after her first hospital visits. The cancer would have been a pre-existing condition.

“I was happy it could take me when I was already diagnosed,” she said.

On Thursday, Rodriguez was released from Intermountain Healthcare’s LDS Hospital in Salt Lake City. She spent about two weeks in the hospital for intensive chemotherapy and monitoring. It was the first big step toward her transplant — getting her body ready for the stem cell harvest, she said.

“It was difficult in the beginning, but now we’re almost seeing the end of the tunnel, with the bone marrow transplant process starting,” she said.

Pediatric ‘heart warriors’ reunite with doctors who saved their lives