Simone Biles to Pediatricians: ‘Speak Up’ About Sexual Abuse 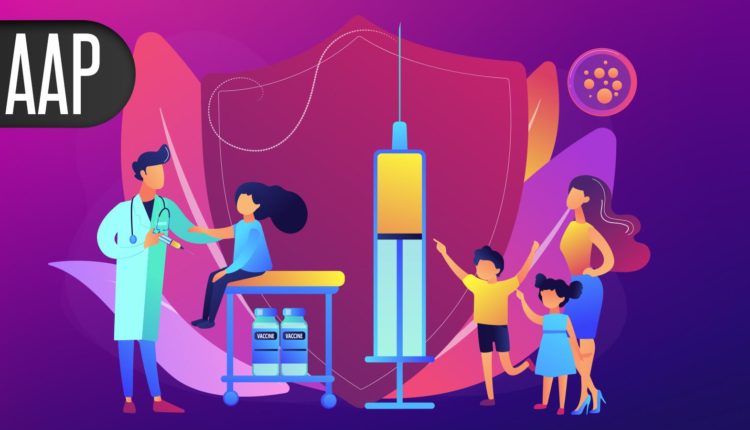 Simone Biles has a total of more than 30 Olympic medals and world championships in gymnastics, not to mention several world records. But there’s more to her than that, she said in a plenary session at the American Academy of Pediatrics (AAP) virtual meeting.

“Obviously I’m a person and people respect that and understand that,” she said, noting that the positive support she received during the Japanese Summer Games when she mentioned mental health issues, and withdrew from various events, “made me feel whole as a person and athlete.”

During her AAP keynote interview with AAP President Lee Savio Beers, MD, Biles, age 24, explained, “Growing up, we were told ‘Push, persevere,’ but I knew at the time. [during the 2020 Tokyo games, held in 2021]”I really couldn’t… my safety and my health were at stake.”

She also acknowledged that “I was honestly expecting a lot more kickback than what I got [for withdrawing]. What I got was an overwhelming flow of support, love and understanding. That’s something I never expected… so that was quite a turn of events for me.”

Research has shown that injuries, overtraining and pressure in competitive athletes can contribute to deterioration of mental health. Biles is one of many high-profile athletes, including tennis player Naomi Osaka and swimmer Michael Phelps, who have been outspoken about supporting athletes’ mental health. Biles has adopted a platform “to help advocate for mental health and support initiatives that provide education and assistance to children and young adults dealing with adoption and foster care,” according to AAP News. Biles and siblings were in and out of foster care before being adopted by their grandparents.

Biles also discussed Larry Nassar, DO, the former team doctor of the U.S. women’s national gymnastics team. Nassar was given long prison terms in 2017 for sexual abuse and child pornography and tampering with evidence. Factors that enable sexual abuse by physicians were explored in a 2019 MedPage Today series.

In a September testimony to Congress, Biles said, “I blame Larry Nassar, and I also blame an entire system that enabled and perpetrated its abuse.” The gymnast pointed a finger at the FBI who “turned a blind eye” when Nassar assaulted young female patients, according to the Washington Post.

When asked what pediatricians can do to prevent abuse cases, Biles said, “If you see something, say it whatever the consequences, because not only could you help that person, but you could help multiple people.”

Biles said she hopes more youth sports programs will create guidelines and manuals to teach young children to recognize and report abuses. “From a young age a lot of us get thrown into these sports and we don’t know what’s right or wrong unless someone sits down and tells us, or we have adults taking care of us, so I think textbooks have a really good matter.”

Biles told the AAP audience that before she became a gymnast, she wanted to follow in her mother’s footsteps and become a pediatric nurse. “After making five World and two Olympic teams, the nursing career didn’t work for me,” she said, “but…I’ve always wanted to help children and I love children…and I come from a family of [nurses].”

Lei Lei Wu is a news intern for Medpage Today. She is based in New Jersey. To follow