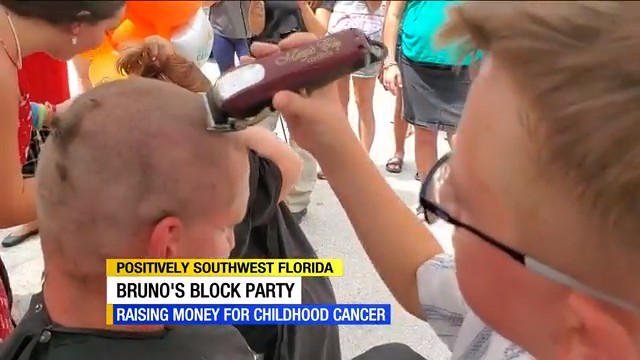 The lineup for the Clips for Cancer event consisted of two radiologists from Florida Radiology Consultants who not only sponsored the event but also raised their own heads to shave.

Also included was a doctor from the Lee Physician Group who has worked with families during their battle with cancer, a Golisano Children’s Hospital volunteer who said that after his own child stayed in Golisano, he knew he needed to do more to get back. giving, a former ICU nurse, Elise Snyder, who works in technology at Lee Health, and philanthropist Marc Collins.

Snyder shaved her head three years ago and said it was so inspiring and powerful that she wanted to do it again. Collins said if laughter is the best medicine, he’s happy to see kids laughing because he shaves his head.

The children who shaved are all cancer survivors. They said they had no choice but to go bald and it means a lot to them to see people in the community come forward and go bald to help them.

All funds raised during the month-long Clips for Cancer event will benefit Barbara’s Friends, the cancer fund in Golisano, which provides family support, medical equipment, medicines and more to help local children on their cancer journey.