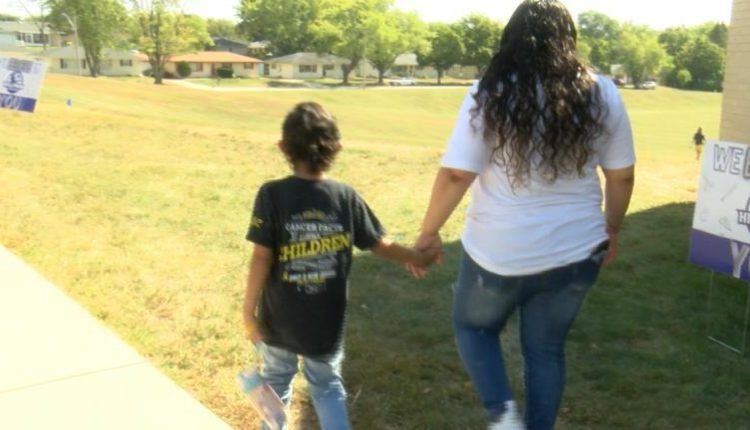 ROCKFORD (WREX) — Hillman Elementary’s Aliyah Garcia led the way for her classmates on Monday during the first-ever pediatric cancer walk-a-thon at school.

Her mother, Alejandra Garcia, says Aliyah’s goal is to raise awareness of childhood cancer in the Rockford community.

“Of course any parent will say my child is so amazing,” Garcia said. “Her main goal is to create awareness.”

During kindergarten, Aliyah underwent regular cancer treatment. That same year, she wondered why there was no children’s hospital in Rockford.

“And that’s the root of all this,” said Jaime Doubek, a kindergarten teacher at Hillman Elementary. “So she decided she wanted to do things to raise awareness about childhood cancer.”

Instead of letting students raise money for Aliyah, each classroom had at least one sponsor for a hundred dollars each to give to its charity.

Aliyah’s dream is to bring a pediatric cancer unit to Rockford.