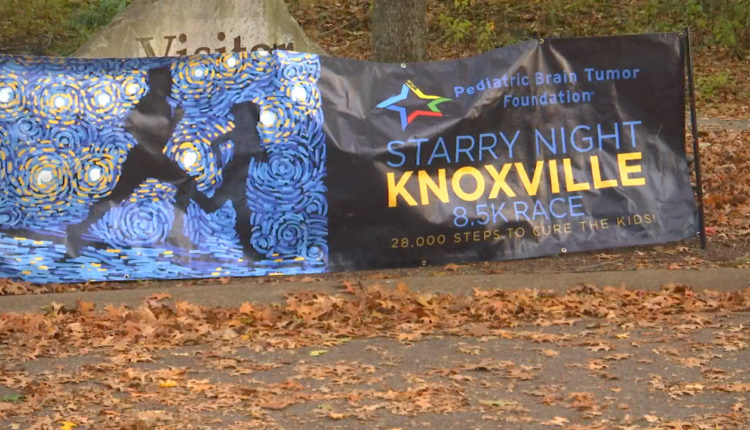 KNOXVILLE, Tennessee (WATE) — A family gives back after battling their own challenges with childhood brain cancer.

“So Brody was diagnosed with a brain tumor when he was in second grade,” said his father Bo Hamilton. “He’s doing a fantastic job. So we wanted to find a way to give back to the kids with brain tumors and other kids who are going through hard times in the hospital.”

Brody was eight years old when he was diagnosed.

“I don’t remember much,” he said. “It was just difficult. I was there for a week and a half.”

He’s a bit older now, but his father still gets emotional when he talks about what they went through.

“I can’t talk about it, I just start to cry,” his father said, “It’s hard for any parent, but there are many children and parents who have been through worse, and we are at the best. give something back and support those parents who have it harder.”

“This is an event close to our hearts given his condition,” said Shannon Cucksey, AJ Cucksey’s mother.

“AJ was diagnosed with multiple brain tumors when he was four years old and he is now 11,” Cucksey. “AJ has been on chemotherapy which has been great.”

The money raised from the race will help children like AJ. help out

“I just want to thank the people who attended to raise money for the Children’s Hospital,” he said.

His treatments at East Tennessee Children’s Hospital allow AJ to focus on being a kid.

“AJ can play soccer, he plays the cello, he’s in the chess club, he goes to school every day, and those are all things that anyone who has had something like this or knows someone who goes through something like that, this is the thing they hope their children can do,” Shannon said.

“It’s nice to see other kids getting the gear they need to get through this,” Brody said. “It makes you feel good to do things like this for other people.”

All proceeds and donations from this run will go towards the purchase of state-of-the-art MRI glasses for East Tennessee Children’s Hospital.

Greek Australian women raise over $37,000 for children with cancer