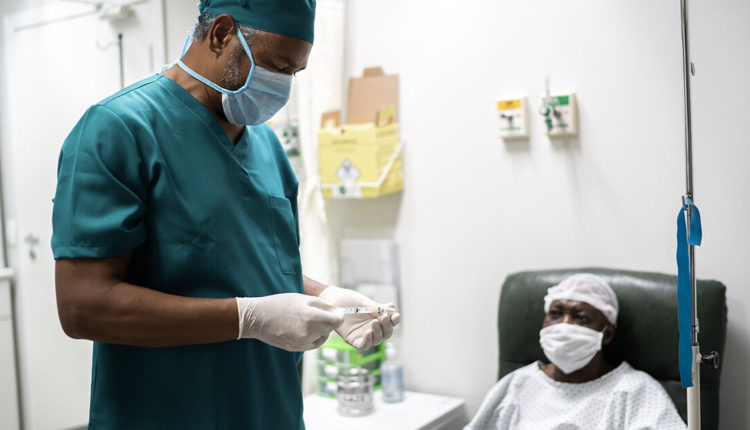 Share to Pinterest Experts say the current drug shortage is nothing new. It’s been happening for years. FG Trade/Getty ImagesOfficials report that global supply chain disruption is leading to shortages of critical drugs in the United States.Among them are drugs used to treat cancer, as well as COVID-19.Experts say there has been a shortage of drugs for years and a multi-pronged approach is needed to solve the ongoing problem.

The diagnosis of a life-threatening illness is traumatic.

But imagine you are diagnosed with a serious illness, and then your doctor tells you that the only treatment is not available.

That’s what’s happening in the United States right now for many people who are dependent on critical drugs.

The disruption in the country’s supply chain is reportedly leading to shortages of several drugs, including those used to treat cancer and COVID-19.

In all, the Food and Drug Administration (FDA) now lists more than 100 drugs that are in short supply.

The American Medical Association told CBS News that the drug shortage is an “urgent public health crisis” that “threatens patient care and safety.”

The American Society of Health-System Pharmacists noted that three of the top five shortages are drugs used for chemotherapy and heart disease, as well as antibiotics.

One of the drugs is tocilizumab, a drug used to treat both COVID-19 and cancer.

A University of Virginia pharmacy manager told CBS News that the university’s medical center has had the prospect of deciding whether to give their limited supply of tocilizumab to people with cancer or those with COVID-19.

Drug shortages are more common than you might think, especially when it comes to drugs to treat cancer.

Two years ago, there was a widespread shortage of vincristine, a chemotherapy treatment for childhood acute lymphoblastic leukemia, adult non-Hodgkin’s lymphoma, and other cancers.

The shortfall was mainly the result of Teva Pharmaceutical’s decision to discontinue the generic version of vincristine in the summer of 2019.

When Teva withdrew, Pfizer became the only company to supply the drug and ramp up production.

But the drug supply problem did not go away overnight.

“The vincristine deficiency was dramatic for our patient population,” Dr. Gwen Nichols, the chief medical officer of the Leukemia & Lymphoma Society, told Healthline.

The shortage was especially hard on pediatric cancer patients.

The drug is part of virtually every childhood cancer therapy regimen, and there are no viable substitutes.

“A previous deficiency of asparaginase, for which there were no suitable substitutes, also affected childhood leukemia patients,” Nichols said.

“We were involved in advocating for manufacturers and government agencies in that case — because children’s lives were at stake,” she noted.

The COVID-19 pandemic has made drug shortages an even more pressing issue.

The FDA is monitoring the supply chain of medical products with the expectation that it could be affected by the pandemic, potentially leading to supply disruptions or shortages.

One of the reasons for this is that more than 80 percent of active pharmaceutical ingredients are produced abroad.

Shortages can occur for a number of reasons, including compliance with good manufacturing practices, regulatory delay, shortage of an active ingredient or inactive ingredient component, delay in shipment, and an increase in demand for the drug.

Some hospitals struggle to keep up with demand, while others remain well supplied.

A study from the 2021 American Society of Clinical Oncology (ASCO) annual meeting looked at the significant prevalence of oncology drug shortages and how they can hinder care for people with cancer.

The study noted that the top five oncology drugs that are deficient are epirubicin, flutamide, decitabine, mechlorethamine and dactinomycin.

dr. Melissa S. Dillmon, FASCO, an oncologist and former chair of the government relations committee at ASCO, said Abraxane is one of the most recent and alarming drug shortages.

“It’s a chemotherapy drug that’s used to treat breast cancer, pancreatic cancer, and lung cancer,” Dillmon told Healthline. “It is well tolerated, with fewer side effects. Without warning, there was a nationwide shortage.”

In recent weeks, a manufacturer shortage of Abraxene forced some chemotherapy patients in Alaska to delay life-saving treatment.

Jeremy Kahn, a press officer at the FDA, told Healthline that the agency is “committed to working with our public health partners, manufacturers and distributors to help reduce shortages.”

But according to Nichols, solving this problem requires a multi-pronged approach.

“Governments must not only keep a list of drugs that are in short supply or at risk of becoming deficient, but also make plans to encourage production, which is very important for off-patent drugs,” she said.

It’s also essential to understand which critical drugs are made by just one manufacturer, Nichols said.

“We also need to be clear about which drugs are critical — the ones without alternatives, life-saving regimens, etc,” she said. “Hopefully some of what we’ve learned about supply chain fragility during COVID will help us think creatively about making sure people don’t lose the opportunity to access the agents they need.”

Nichols said this could be with incentives or maintaining a national offering.

“It has to be proactive,” she said, “rather than the current reactive situation we often find ourselves in.”