Survivor Jodi Watts teaches other about dealing with cancer | Carterville 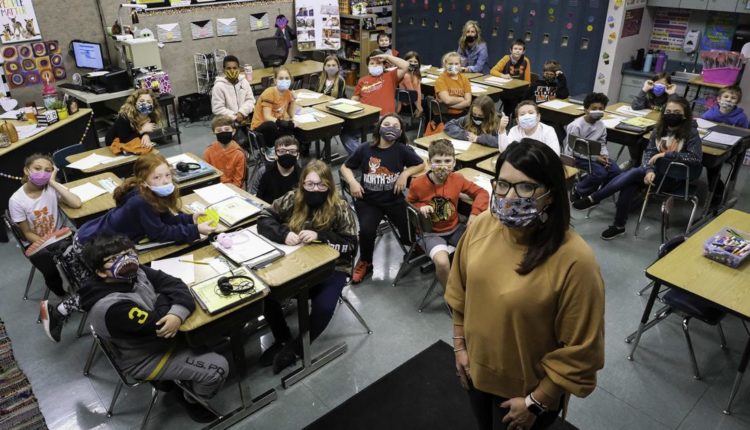 CARTERVILLE — Jodi Watts had a big 2020. Watts was divorced and waiting to start her new insurance policy with the new school year at Herrin Community Elementary School.

She said she had a stabbing pain in her chest that shot through her nipple, but she wanted to make sure her insurance was good before getting it checked out.

About a year ago, Watts’ fiancé found a spot on her chest. She called her gynecologist to have the spot checked. “I never dreamed it was cancer,” she said.

She waited four to six weeks for a mammogram. This was during the first wave of COVID so appointments took a little longer to get.

Watts’ doctor sent her to the breast center when he saw her mammogram. They repeated the test. After seeing the test, Watts said everyone started treating her differently. They explained that they had seen something and would call her. She got a call the next day telling Watts she needed a biopsy.

“It was the day of the big snow in February. I was mopping the floor and my phone went off. They said I had cancer,” Watts said.

She was diagnosed with bi-ductal carcinoma.

Jodi Watts poses with her fourth grade at Herrin Elementary School in Herrin on Thursday. Watts returned to teach this after a battle with breast cancer.

On April 5, Watts had a double mastectomy in St. Louis. She explained that patients who undergo most surgeries are discharged later the same day. So she left Siteman and went home to Carterville.

What Watts didn’t know at the time was that they had accidentally hit her chest wall.

“It was just Jesus. I walked into the emergency room (the next day) and passed out,” Watts said.

That nickname earned Watts a second surgery on April 6 in Carbondale. She followed the second surgery with 28 radiation treatments at the SIH Cancer Institute in Carterville. The last irradiation was July 8.

Because Watts’ cancer grew with hormones, she had a total hysterectomy on July 28. Less than three weeks later, she started school on August 9, 2021.

“This school and my hometown. I can’t thank them enough,” Watts said.

Her friends held a fundraiser where she raised money for her out-of-pocket expenses.

Watt is more than a cancer survivor. She is a mother and a teacher. Her class, now fifth graders this year, was also involved in her cancer journey.

“The doctors called in the middle of the class. I stood in front of my class and told them I had cancer. I’d be gone, but I’d be back,” Watts said.

How to lower the risk of cardiovascular disease?

One of her students made her a pink cup that read ‘Brave and strong’. She uses the cup every day.

This is Watts’ eighth year teaching, although she has worked with Herrin for a total of 10 years, including her time as a substitute, assistant and tutor.

“When my kids went to school, I came to Herrin,” she said. “I like not knowing the affairs of everyone’s sister’s best friend.”

Watts teaches reading, writing, language and social studies to 50 children in the fourth grade. Another teacher teaching the students science, math and other subjects.

“It’s a nice place to work. Everyone has everyone back,” Watts said.

Watts’ other role is mother to her two children, Mason and Haven. Mason is a freshman and Haven is a seventh grader.

Her fiancé is Josh Jeralds. She said he has never been married and has no children.

“He shares the burden and I am so grateful,” Watts said.

Watts has learned since her cancer diagnosis that it’s not that bad.

“I’ve passed my forties and nothing is the same. We can’t spend more days being angry about everyday actions,” she said. “As mothers, wives and colleagues, we put ourselves last. We have to take the time to to take care of ourselves.”

Get local news in your inbox!