The Full Suburban: This blended family is my home 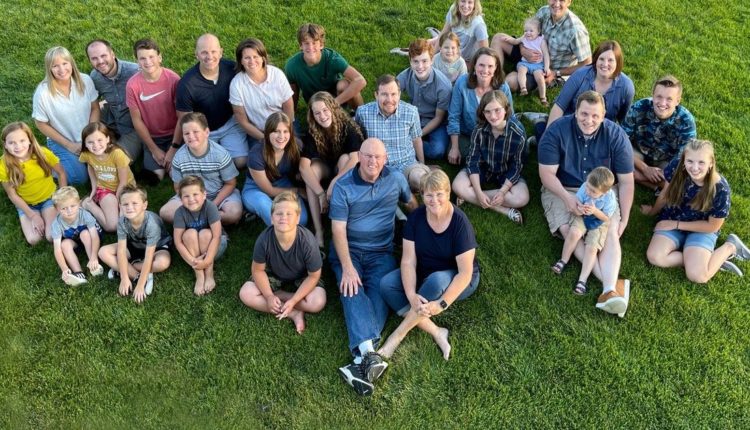 When I was 13 years old, my father died of brain cancer, leaving my mother at age 42 a widow with three children. I didn’t realize how young that was until I turned 42 myself. I mean, for God’s sake, she had decades to go and kids to raise. It was obvious that at some point she would start dating and – gasping for breath – even marry again.

But as a teenager I didn’t have it. Up to that point, the only clue I had received on how to behave towards the person your parent was dating was from the 1961 movie “The Parent Trap.” You will recall that the twins in that movie aren’t exactly fans of the woman dating their dad (with good reason – she’s awful).

So they take her on a camping trip and come up with all sorts of ruthless pranks to scare her away, like tempting her to fall into the lake and spread honey over her tent to attract curious bear cubs. She was in a relationship with their father and their job was to act like little monsters so that she would leave as soon as possible. Note taken.

When my mother started dating a few years after my father passed away, I took a page from the twins’ playbook. When the future date rang to pick up my mom, I’d open the door and say “hello” briefly before rolling my eyes and walking away.

If he and my mom were chatting in the living room, I’d sulk on the other side of the couch and give them the most sullen look. I’m sure I was a pleasure to have around, but I thought it was my right and duty to act like a brat. If I didn’t chase away the hapless acorns who tried to steal my mother, who would?

Fortunately, I had grown up a bit—and didn’t even live in the same city, actually—when my mom started dating an acquaintance named Denny. They had known each other for years in passing, but were both happily married all the while. My father had been gone for seven years when Denny’s wife died suddenly, devastated him and his two grown children.

Finally Denny asked my mother out. And because I wasn’t there, I wasn’t able to give him the “Parent Trap” treatment, which could be why he finally found the courage to propose to my mother.

This was a big step for my mother, who, after being a widow for eight years, had adopted the mantra: “It takes a great man not to beat a man at all.” At a fancy dinner at Clinkerdagger, she finally gave him her answer that she would marry him. That’s over 20 years ago.

Since then, they have traveled across the country, serving as humanitarian missionaries in Romania, supporting each other through surgery and illness, and welcoming 21 grandchildren into their blended family. Since Logan’s father also died before one of our children was born, Papa Denny is the only grandfather our children have ever known. And he’s a great one.

In addition to a new father figure, my mother’s marriage to Denny also brought two step-siblings into my life, Drew and Holly, along with their husbands and children. At first, I was tempted to once again use my knowledge of the Disney franchise about how stepsiblings should be: annoying at best, bad at worst.

But my relationship with Drew, Holly and their families was just the opposite. They are wonderful people, all of them, and working with them for the past 20 years has been an incredibly enriching part of my life.

Holly’s house is just minutes from mine, so we keep in touch often. We are less than two weeks apart in age, but she is the woman I want to be when I grow up. She knows how to tackle things and has a gadget or decoration for every occasion. Do you need a disco ball, a machine that spirals carrots or a life-size talking replica of Santa Claus? Call Holly.

On Thursday, this blended family of mine will sit down to enjoy Thanksgiving dinner. The cousins ​​will laugh at funny YouTube videos and share inside jokes, and the adults will discuss kids, upcoming plans, and everything in between. It will feel like home, and it will feel like family – because that is exactly what it is.

Julia Ditto shares her life with her husband, six children, and a random menagerie of farm animals in Spokane Valley. She can be reached at dittojulia@gmail.com.