The pediatric COVID vaccine and Chicago schools: 4 things to know 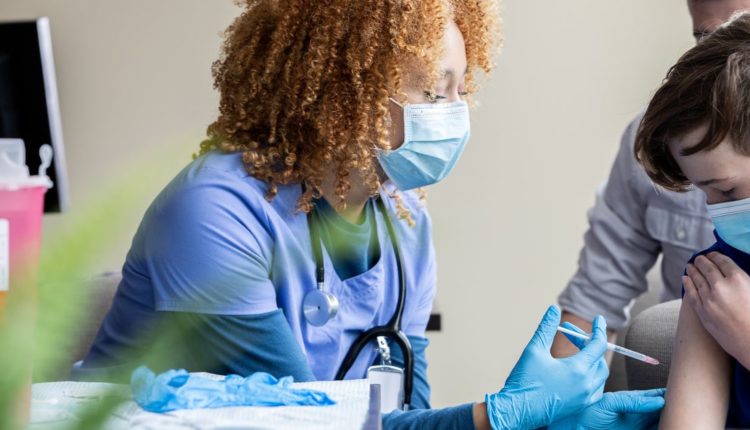 Chicago could get 100,000 doses of the pediatric vaccine against COVID as soon as next week, and schools will play a key role in the “long-term strategy” for deploying it, district officials said Wednesday.

But the first places parents are likely to look for doses are pediatric practices, major pharmacy chains and major city events sponsored by children’s hospitals, city health officials said this week. Three events are already being organized in the coming weeks by the Lurie Children’s Hospital of Chicago, the University of Chicago’s Comer Children’s Hospital and City Colleges – which could host an event for families as early as the first weekend in November.

The vaccine has passed a major federal panel and is now going for final approval by the Food and Drug Administration and the Centers for Disease Control and Prevention, so the Chicago health department and school district officials have begun reviewing their plans. This is what we know so far.

Chicago gets enough doses. The challenge will be to give families permission.

Chicago should receive 100,000 doses of the pediatric vaccine in its first week — a healthy-sized first round for a city of an estimated 210,500 children ages 5-11, said Dr. Allison Arwady, the city’s health commissioner.

Despite evidence showing a significant drop in hospitalizations and deaths among vaccinated adults, it will be a major challenge to get families to sign up after an initial round of enthusiasts. So far, only 46.7% of eligible Chicago Public Schools students ages 12 and older have received the vaccine in a city where nearly 76% of eligible adults over 18 have had at least one dose of a COVID -19 vaccine. And in a large national survey of 21,000 parents conducted by the Universities of Northwestern, Northeastern, Harvard and Rutgers in August and September, a third of parents said they were hesitant due to long-standing concerns about the vaccine’s effects.

CEO Pedro Martinez told the Chicago Board of Education at its monthly meeting on Wednesday that the school district will launch an aggressive marketing campaign for students and their families in English and Spanish. He watched an example of a video – soon to be made public across the city – in which teenagers across the city testify why they decided to get a vaccine and urge others to follow suit.

Arwady has said the city will not consider mandating a COVID-19 vaccine for children to attend school until the pediatric vaccine has received full federal approval.

Chicago Public Schools basically uses the same script as before.

The district will deploy vaccine doses at four regional school health centers in the city: Michele Clark on the West Side, Roosevelt High School on the Northwest Side, and Richards High School and Chicago Vocational on the city’s South Side.

Another 16 schools with existing health clinics will offer dosing by appointment only and a mobile van will have the capacity to administer up to 100 injections per day. It will be routed to return to the same school location three weeks later for a secondary dose.

The district’s interim chief education officer, Maurice Swinney, told the school board on Wednesday that the “first points” for the van’s schedule will be schools in areas with less vaccinated residents. Much of the strategy, he said, will focus on areas “where we know there is less access to health care and doctors and clinics.”

But there are several unanswered questions, including how the reluctance in some communities to vaccinate and how to convince parents to give consent so that children can be vaccinated in school.

There is also the question of whether the district should change its strategy, given that school site uptake is low. This summer, officials described poor attendance at the sites, and data shared Wednesday showed that only about 3,400 of the 155,000 eligible students had been vaccinated through a combination of the regional sites and mobile vans.

On Wednesday, board member Elizabeth Todd-Breland asked what else the district could do, suggesting the district could use its existing clinics that offer free eye care and dentistry in some schools. “Families know that – when it’s eye care day or if there’s a mobile vaccination truck or van. Is there a way to take more?”

The head of the city’s teachers’ union, Jesse Sharkey, urged the board on Wednesday to expand the number of vaccination clinics in schools — something the union has been pushing for the district since the summer.

The arrival of the pediatric vaccine could mean a phasing out of school quarantines.

Currently, unvaccinated Chicago students must quarantine for 10 days if they have “close contact” with a confirmed case. In primary schools, that generally meant “turning around” the class so that an entire class is quarantined at once when there is an exposure.

Case rates remain low among Chicago public school children, and the average daily number of cases is 13 out of 100,000 children aged 17 and under in the city.

Yet, between confirmed cases and self-reports, thousands of students are still in quarantine on any given day. For the week ending Oct. 22, the last week data was available, 192 student cases were confirmed and 3,801 students were quarantined — a number Martinez said was too high this week.

He said officials will review the quarantine rules once the pediatric vaccine is on the scene; vaccinated students do not need to be quarantined.

Martinez said on Wednesday that his family has just received a quarantine notice for his son, who is in elementary school and is not yet eligible for vaccination.

Students get mixed messages from their peers and social media.

Despite the evidence of the vaccines’ efficacy, Isabel Marroquin, a student representative on the Lincoln Park High School board, told board members Wednesday that the concept remains “highly controversial” among her peers.

She said students don’t feel safe because they’re still in large classes and don’t see social distancing in hallways or other common areas. “It makes us a little worried,” she said.

In response, Martinez said he thought the district needed a stronger, more consistent message about how it keeps students safe, by requiring masks, strengthening weekly tests and having an 89% vaccination rate among adults in buildings.

“We’re going to use every medium we have to reach our families,” he said.