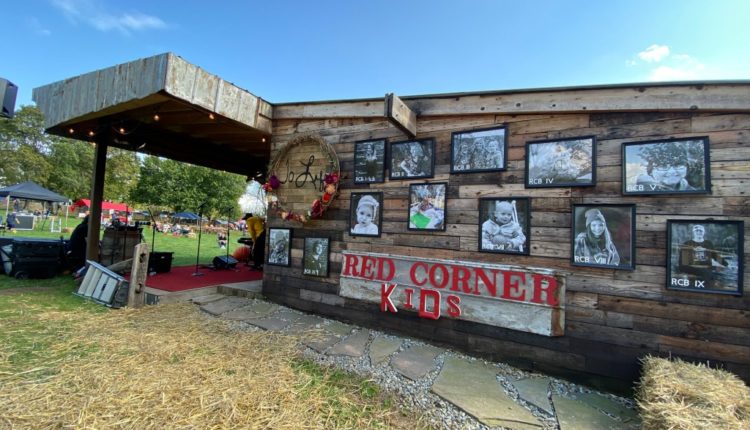 Despite the rain and COVID restrictions, the 12th Red Corner Benefits at Union Township on Saturday remained full of emotion, tradition and love.

Benefit co-founder Tammy Laurig said she had just dedicated a song she played to Tammy by former childhood cancer patient Brooke Hedrick, 22, who was supported by Red Corner. I wiped my tears from my eyes.

Brooke was 12 years old in 2011. When she was her third child, Red Corner tried to help her with medical expenses and living expenses as she battled cancer.

Roehrig said nonprofits have been as close as their families over the years. Often the mother of a former beneficiary helps a new relative who has been chosen to receive the money.

Many recipients like Brooke come back for gratitude and volunteerism.

Roehrig talks about their pursuits in college and around the world and is happy to explain them all. On the table near the main stage are photos of all recipients.

Some of the beneficiaries of the previous Red Corner Benefit event can be seen on Saturday. (LISA SCHEID — Reading Eagle)

This year’s winner is Erie McCalebits of Douglasville, who was three years old and recently had a stem cell transplant. Due to immunodeficiency, she was unable to attend the event except for the fireworks scheduled for the evening, Laurig said.

According to the Red Corner Benefit website, Erie was born with a tumor in the coccyx called a coccyx.

Her parents, Greg and Melissa, were never told to have it removed, no follow-up surgery was planned. Her tumor became malignant, metastasized, grew to about 2 inches, and then a scan showed 10 spots on her lungs, Red Corner said.

“In addition to Erie’s health problems and need for treatment, she is a new sister who gave birth to twins prematurely. Insurance should *should* cover medical expenses, but additionally when their income suffers. It costs money,” says Red Corner. “Missy is at rest and Greg is calling from work – a lot.”

The 600 people who appeared to be listening to 18 bands and seeing the fireworks at the 12th Red Corner Benefits were far from the 3,000 people who showed up in 2019, but after the COVID restrictions were lifted, Lowrig attended the event. I was happy to participate. Last year’s personal event.

Events usually include roast pigs and a beer garden, and people often camp on the property.

Last year the financing was virtual, but this year there are also virtual parts. Donations are accepted through Sunday.

Roehrig said he also needed to reduce the play area for children this year, but expect more equipment and more spectators next year.

Roehrig previously said the idea of ​​profit was born when she and her husband lived in Los Angeles.

The award began with the tradition of entrants taking an annual road trip from Los Angeles to the San Francisco Bay Area to enter the Bridge School award.

Bridge School is a non-profit organization that helps people with severe language difficulties and disabilities participate fully in local events through alternative means of communication.

Earlier reports of the event came up with the idea of ​​supporting this benefit several years before the tradition was brought to the Douglasville area to help children with childhood cancer.