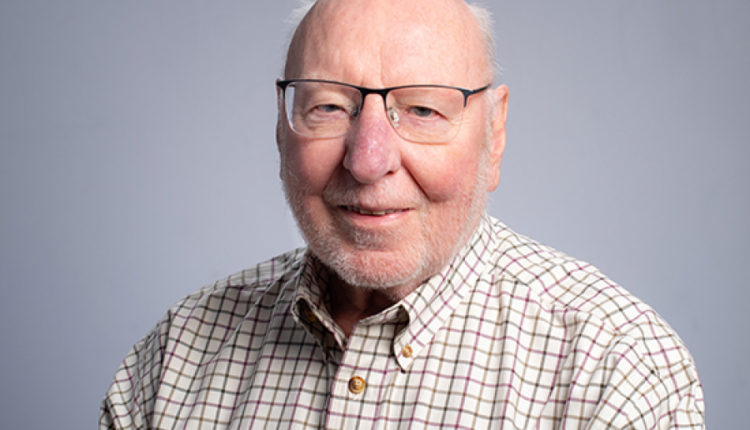 Richard J. Whitley, MD, receives the highest award from the American Pediatric Society. The American Pediatric Society has named Richard J. Whitley, MD, Distinguished Professor at the University of Alabama at Birmingham, Marnix E. Heersink School of Medicine and Children’s of Alabama, as the 2022 APS John Howland Award recipient, the highest award ever is granted by APS. The award recognizes Whitley for his significant contributions to advancing children’s health and the profession of pediatrics.

“Dr. Whitley’s lifelong work as a clinician, educator, and researcher has touched countless lives, both of patients near and far as well as medical students, residents, fellows and colleagues around the world,” said Mitch Cohen, MD, chair of the Department of Pediatrics at UAB. and Children’s.” In addition to the importance of his work in the field of antiviral therapy, he created the framework within which to conduct multi-institutional studies of rare childhood diseases other than cancer. Virtually all pediatricians and pediatric infectious disease physicians, and many physicians who have some form of primary care regularly use recommendations arising from his work.His continued contributions to pediatrics have had a profound impact for more than 40 years, and his continued efforts in drug discovery and exploration also promise future benefits.”

The APS John Howland Award was created in honor of physician-scientist John Howland, MD. Since 1952, the annual award recognizes individuals for their outstanding service to pediatrics.

Whitley is a leader in clinical virology and an expert on how antiviral therapies fight infections in children and adults; his research spans four decades. He is best known for his pioneering work in the field of herpes antivirals and the development of guidelines for the emergency use of influenza antiviral therapy in infants. Amid the COVID-19 pandemic, Whitley is the project director of a grant from the National Institute of Allergy and Infectious Diseases that has studied the efficacy of remdesivir.

“We are thrilled to honor Dr. Whitley with the 2022 APS John Howland Award for his continued and continued leadership in pediatrics,” said APS President Mary Leonard, MD. “His tireless efforts have led to the development of treatments for infections when they did not exist and the creation of a future for countless children who had none before. His vision, collegiality, commitment to advocacy and the depth and breadth of his research have had a tremendous impact in the field of pediatrics.Decades of pediatricians, including neonatologists and infectious disease specialists, often use treatment recommendations based on the work of Dr. Whitley.His numerous outstanding contributions extend to all domains of pediatrics. academic pediatrics and will have a lasting impact on the way pediatricians treat infections to improve the health of children and their families.”

Despite ample opportunities to take on managerial roles, Whitley has repeatedly chosen to continue as a clinical scientist by providing clinical care at the bedside, advancing research and educating the next generation of pediatricians. While working on the international scene, he has been helping the children of Alabama and their families for decades. He is known for his bond with patient families, which has a lasting impact not only on those families, but also on the residents and students who associate with him.

Whitley is, among other things, Vice-Chairman of the Department of Pediatrics and co-director of the Department of Pediatric Infectious Diseases of the UAB Heersink School of Medicine and Children. He also holds the titles of Loeb Eminent Scholar Chair in Pediatrics; professor of microbiology, medicine and neurosurgery; senior scientist, division of human and gene therapy and the O’Neal Comprehensive Cancer Center; and co-founder and co-director, Alabama Drug Discovery Alliance.

For more information about Whitley and the APS John Howland Award, visit the APS website.