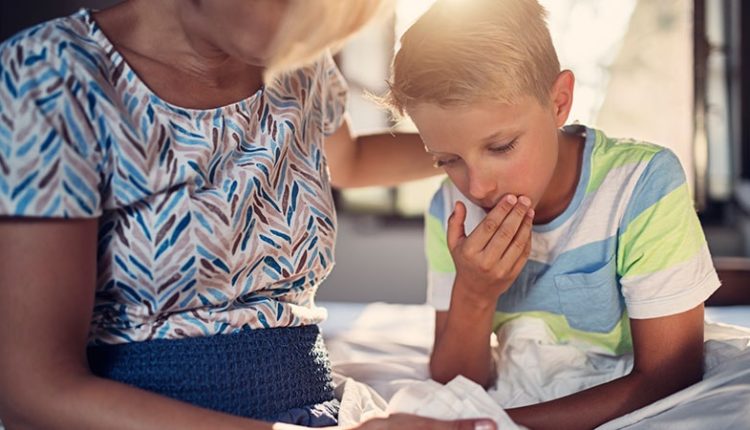 Unless pneumonia is suspected, doctors should not prescribe antibiotics for most children with respiratory infections, according to the findings of the randomized controlled trial ARTIC-PC, published in The Lancet.

“Prescribing to children with uncomplicated respiratory infections is still common in most countries,” said lead author Paul Little, MD, a professor of primary care research at the University of Southampton, in Southampton, England, in an interview with Medscape Medical News.

But there are barriers to stopping this practice, he said. “If you prescribe an antibiotic and the child gets better, even if the antibiotic didn’t do that much, the parents think the antibiotic was responsible for the recovery and so expect antibiotics next time. So the doctor prescribes antibiotics basically medicalizes illness and keeps the cycle of expectations, re-consultations and prescriptions going.”

The study included 432 children aged 6 months to 12 years (median age 3.2 years) who presented to 56 GP practices in England with an acute uncomplicated lower respiratory tract infection (LLTI) lasting less than 21 days and at who had pneumonia not occurred. clinically suspected. The children were randomly assigned to receive 7 days of treatment with amoxicillin 50 mg/kg or placebo. The primary outcome measure was duration of symptoms rated as moderate or worse.

For up to 4 weeks, parents scored symptoms — including cough, phlegm, shortness of breath, wheezing, stuffy or runny nose, disturbed sleep, feeling generally unwell, fever and interference with normal activities — in a daily diary. The secondary outcome measure was symptom severity. Prespecified analyzes have been made for key clinical subsets of patients commonly prescribed by physicians (patients with chest symptoms, fever, physician assessment of being unwell, sputum or rattling chest, and shortness of breath).

There was no significant difference in outcome between children treated with antibiotics and those treated with placebo. The median duration of moderate or worse symptoms was comparable between the antibiotic and placebo groups (5 vs 6 days; hazard ratio[HR[, 1,13]), as well as the median time until symptoms were absent or caused very few problems (7 vs 8 days; HR, 1.09). There was a small significant difference between the groups in the symptom severity score on Days 2-4 after seeing the physician (1.8 in the antibiotic group versus 2.1 in the placebo group), “which was equivalent to fewer than one child in three assessment symptoms a minor problem rather than a very minor problem,” the study authors report. “The effects of treatment for all outcomes were similar for most subgroups … but the effect of antibiotics was slightly, but not significantly, greater in those with fever or those who were not feeling well,” they add.[HR[113)aswasthemediantimeuntilsymptomswereratedabsentorascausingverylittleproblem(7vs8days;HR109)Therewasasmallsignificantdifferencebetweenthegroupsinsymptomseverityscoreondays2-4afterseeingthedoctor(18intheantibioticsgroupvs21intheplacebogroup)”whichwasequivalenttolessthanonechildinthreeratingsymptomsaslightproblemratherthanverylittleproblem”thestudyauthorsreport”Thetreatmenteffectsforalloutcomesweresimilarformostsubgroupsbuttheeffectofantibioticswasslightlybutnotsignificantlygreateramongthosewithfeverorthosewhowereunwell”theyadd[HR[113)aswasthemediantimeuntilsymptomswereratedabsentorascausingverylittleproblem(7vs8days;HR109)Therewasasmallsignificantdifferencebetweenthegroupsinsymptomseverityscoreondays2–4afterseeingthedoctor(18intheantibioticsgroupvs21intheplacebogroup)”whichwasequivalenttolessthanonechildinthreeratingsymptomsaslightproblemratherthanverylittleproblem”thestudyauthorsreport”Thetreatmenteffectsforalloutcomesweresimilarformostsubgroupsbuttheeffectofantibioticswasslightlybutnotsignificantlygreateramongthosewithfeverorthosewhowereunwell”theyadd

The researchers conclude that “as in adults, antibiotics are unlikely to make a clinically important difference to the symptom burden for uncomplicated lower respiratory tract infections in children – both overall and for the key clinical subgroups where antibiotic prescribing is most prevalent.” They recommend that clinicians provide “safety net advice” to parents, such as explaining the course of the disease to expect and when a return visit is needed.

“Children overtesting and overtreatment are especially common in infectious diseases, when fever or other symptoms such as coughing may be nonspecific and may be of viral or bacterial origin,” they write.

The study was funded by the UK’s National Institute for Health Research. Little, Jankauskaite and Oostenbrink have not disclosed any relevant financial relationships.