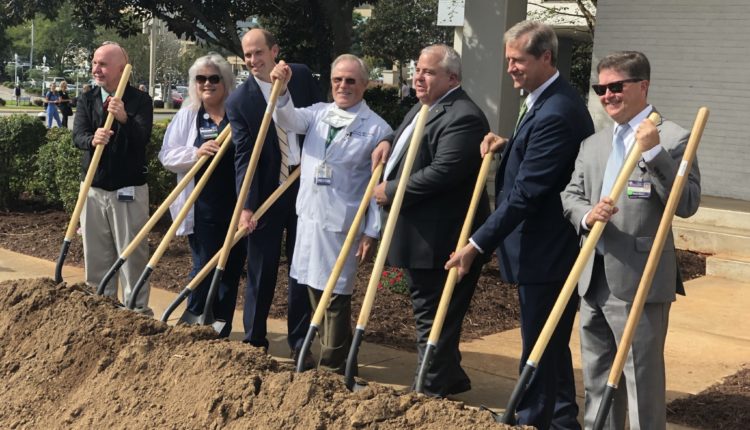 In 2016, a survey by a group of pediatric emergency physicians found that U.S. Children’s and Women’s Hospitals and Mobile in general were not well prepared to handle these types of medical situations involving children. However, that is starting to change.

dr. Edward Panacek, chief of emergency medicine for the system, told guests at a groundbreaking meeting that there were three areas the US needed to work on in 2016 to provide good emergency care for pediatric patients, and the group has been actively working to improve all three. .

First, he said, there was a lack of board-certified pediatric emergency medicine physicians, not just in the US, but in Mobile as a whole. In 2018, the system recruited Dr. Larry Mellick.

“He is recognized as a national authority on pediatric emergency medicine,” Panacek said. “He is considered a true leader in the specialty.”

Mellick was the first, but the health system has spawned many others since then, Panacek said.

In addition to the lack of board-certified specialists, the U.S. and other hospitals in the region also fell short in their overall readiness to treat young patients in the emergency room, Panacek said. Since the report, he said, USA Health has placed the appropriate equipment and supplies.

The latest 2016 issue of that report covered the hospital’s facilities. When USA Health acquired the Children’s and Women’s Hospital in 1990, the building did not have an actual emergency room or department. The staff has done it by converting old ICU room into an emergency room, but it was never originally designed for pediatric use, Panacek said. That all changes with Thursday’s groundbreaking, he said.

“This will create the first true pediatric emergency center in the hospital,” Panacek said in a statement. “The center will combine state-of-the-art technology with the advanced practice of an academic health center to improve care for everyone who comes through our doors.”

The expansion will more than double the footprint of the current emergency department, from 9,000 square feet to 19,000 square feet, said hospital administrator Chris Jett.

“Our treatment rooms will increase from 14 to 30,” he said. “Those spaces will be built and dedicated to the patients we have.”

The center will be equipped with sensory chambers, intended to distract patients while they are undergoing training. The center will also have consulting rooms and funeral homes, Jett said.

The center will help the hospital serve its 40,000 patients who walk through the door with a capacity to handle more than that in the future, he said.

Different groups of benefactors and staff took turns and solemnly moved the dirt on the shovel in front of the building. Construction is expected to be completed in the summer of 2023.

“For many, our pediatric emergency center is the gateway to solving their child’s medical problem,” USA Health CEO Owen Bailey said in a statement. “This project is another example of our recent efforts to increase access to the unparalleled services we provide. We are delighted to have the opportunity to continue to meet the care needs of the children in the upper Gulf Coast region and hopefully bring some added peace of mind to families in the area.”