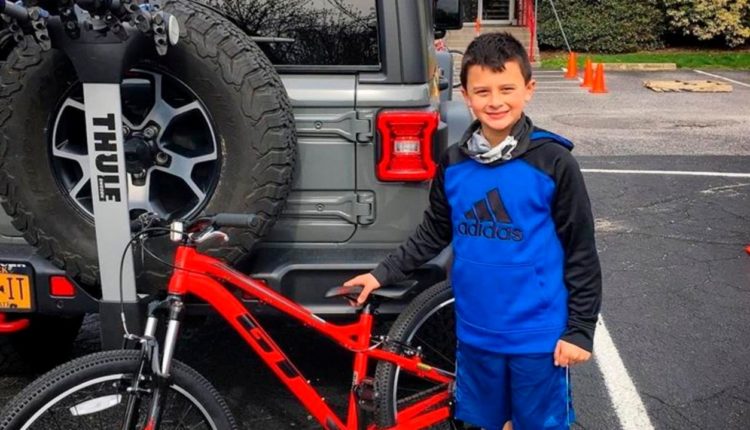 Joseph Peritore, a fifth-grader, has raised more than $6,200 for the Children’s Cancer Research Fund over the past two years through his participation in the Great Cycle Challenge, a fundraising initiative held in conjunction with Childhood Cancer Awareness Month in September. He raced as part of a team coordinated by his father, Joseph.

To raise the money, the younger Joseph solicited pledges from family and friends based on his efforts to cycle a total of 50 miles over the course of the month. He completed his miles on everything from nature trails to neighborhood streets to even spinning bikes at Crank Cycle in Setauket, he said.

This year he split the miles over five rides, the longest of which was 15 miles.

“It helps kids with cancer, and I don’t think they should be fighting at my age,” Joseph said of his efforts. “I also like cycling, so I do something I enjoy while helping out.”

Last year, Joseph raised more than $3,400, ranked first in his age group statewide and in the top 10 nationwide, his family said.

Joseph, 10, is also a member of his school’s soccer and lacrosse teams and practices jiu-jitsu outside of school.

The pandemic has changed education on Long Island. Find out how.

Michael Ebert is an education researcher and has worked for Newsday in various capacities since 2003. He was part of an 11-person team named 2008 Pulitzer Prize finalists for investigative reporting of the LIRR platform security issues.