While some parents rush to vaccinate their children, others voice concerns 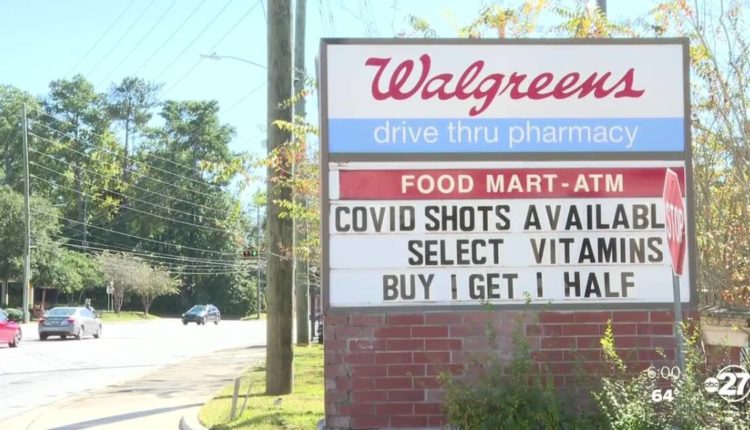 TALLAHASSEE, Fla. (WTXL) – Tallahassee pharmacies had a busy weekend, with parents rushing to get their children’s COVID-19 vaccine. Heather Rosenberg was one of those parents in line.

“We had to go to two Walgreens for three kids because by the time I made the first appointment they were done, so I did the other two kids in a separate location,” she said.

Getting the shot was important to the mother of three, especially after all three of her children contracted COVID this school year.

“Seven days later they all got COVID. Luckily all three of them had mild cases of it, but it was just always one of those things in the back of my mind that it was a ticking time bomb,” Rosenberg said.

Tallahassee pediatrician Dr. Paul Robinson said the end of the pandemic could be approaching now that the vaccine is available to children aged five and older.

“Every long-term infectious disease the world has ever known, children are kind of the way out or part of the way out,” said Dr. Robinson.

The pediatrician added that most of his patients’ parents are ready to vaccinate their children, but there are also some with open questions.

One concern that comes up a lot is the possibility that the vaccine could give their child myocarditis or heart inflammation.

Other parents also fear the vaccine was rushed. dr. Robinson said that is not the case. He said the messenger RNA vaccine has been around for nearly four decades. The original goal of the research was to find a vaccine against SARS.

“It’s not a new technology. They’ve been studying it for years and years and they just changed it from COVID, which was a pretty simple change,” said Dr. Robinson. “There’s no way they could get that vaccine from scratch in a year. That’s just not possible. The science just doesn’t work that fast.”

dr. Robinson explained that this next age group available to roll up their sleeves will play a key role in ending the pandemic because of herd immunity.

dr. Robinson said that while children are less likely to get sick or develop severe illness, they are some of the biggest spreaders of the virus.

The main focus for medical professionals is developing herd immunity, which means that if the vast majority of people are vaccinated, there is a smaller chance that an unvaccinated person will become infected.

“Herd immunity protects everyone and some of the people who are protected when everyone gets vaccinated are children and adults who cannot get a vaccine for whatever reason,” said Dr. Robinson. “Maybe they have cancer, maybe they’re getting chemotherapy, maybe they’ve had a bone marrow transplant and they can’t get the vaccine yet because it would kill them. We need to ask our neighbors to protect them with their own vaccines.”

For anyone who fears the needle and what comes after, Rosenberg says her kids have done well. Since receiving the vaccine on Sunday, only one of her three children has complained of a sore arm and no other symptoms.

“I will take a sore arm every day of the week to have a live and healthy child,” she said.

dr. Robinson preaches a similar message to his patients.

“Kids need to feel comfortable that even though the needle looks scary, with the vaccine they won’t feel much pain,” he said.