Why cancer stigma for Asian Americans is so dangerous 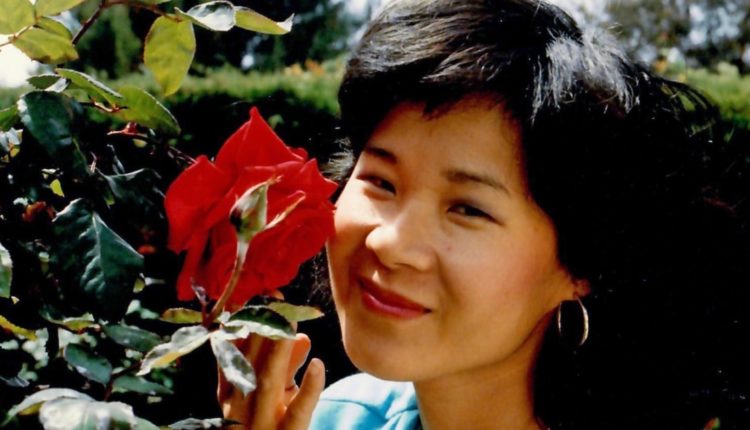 My husband and I did what married couples do in bed after a romantic anniversary dinner. A strange look suddenly appeared on his face.

“I just felt a little lump on your chest.” We drove on and fell asleep.

The next day my husband said, ‘Call your doctor. Get that bump checked.”

I called my doctor. It turned out to be cancer. I live 32 years later only by pure happiness. Only by accident did I not become a statistic.

I live 32 years later only by pure happiness. Only by accident did I not become a statistic.

The Center for Disease Control and Prevention reported in 2017 that cancer is the leading cause of death among Americans in Asia or the Pacific. Asian Americans have the lowest rate of cancer screening among all ethnic/racial groups in the country. It’s a complicated problem, with complicated cultural roots, such as the shame and fear that stem from thousand-year-old East Asian traditional beliefs. Some believe that illness is the result of karma or bad choices. And Chinese Americans may be particularly vulnerable to cancer self-stigma, according to research published in 2019 by the University of Texas MD Anderson Cancer and the Chinese University of Hong Kong.

I certainly felt that pressure. I kept my breast cancer a secret for 28 years. I lived in fear that my Chinese American friends would avoid me if I told them what I had been through.

Worse are the stories of people who told me that this fear prevented them from providing potentially life-saving preventive care. Four years ago, a Chinese-American friend told me she had never had a mammogram. Another stated that she would rather die than have one. These anecdotes convinced me that I had to speak up. I grabbed the podium in my sweat-stained blue dress and looked out for the 300 congregation members in my Chinese-American church. I took in the encouraging smiles on the faces of close friends. I had made announcements before, but this time it was different.

Minutes before I spoke, I begged myself not to cry. I did it anyway. Twenty-eight years of secrecy have just come out. I saw tears on the cheeks of my teenage children.

Stigma about cancer led me to hide my illness. I was ashamed to be sick. My shame stemmed from East Asian beliefs that I or my ancestors did something to cause this accident. I thought Asian Americans would haunt me if they thought they would have bad luck hanging out with me. Some may even believe that cancer was contagious.

You might think this kind of stigma is exaggerated. What rational person believes such nonsense? A friend’s Chinese-American neighbor treated her like a pariah after she developed breast cancer and refused to talk to her for years.

When my husband urged me to have the lump in my breast examined, I didn’t think much of it. A doctor used a needle to draw fluid from the bead in my chest. Still, I wasn’t really worried. After all, I was only 29.

Doctors were able to save my chest, but the chemo cocktail regimen was debilitating. Six weeks of radiation and then months of chemo. With new drugs, patients experience less nausea and other side effects after chemotherapy. But then I stayed in bed for hours after the toxic chemicals dripped into me.

But instead of seeking the support of friends and fellow churchgoers, I suffered in silence. I was determined to appear strong and perfect. And this behavior wasn’t just emotionally taxing — it could have taken a physical toll as well.

Instead of seeking the support of friends and fellow churchgoers, I suffered in silence.

A 2017 study in Germany showed that cancer-related shame is associated with a poorer quality of life in cancer patients. A 2019 study by eight researchers from six universities predicted that stigma and self-shaming could lead to a lower quality of life in Chinese-American breast cancer survivors.

When I was done with my last chemotherapy, I yelled, ‘I’m done! I’m done!” I hoped never to visit an IV center again. My husband and I waited two years for it to be safe. And then, at age 32, I had a healthy girl. Soon another girl and another girl followed. Boy Busy with work, kids, community and church activities, I never spoke of my secret, I saw no reason to.

And then I was having lunch with an Asian-American friend and said I was getting my annual mammogram.

I paused, took a deep breath and talked about my illness.

But what about other Asian-American women who might be too scared to schedule a mammogram? I already knew my mother-in-law was one of them. I begged her until she finally got her first, at age 60. The doctors found a malignancy, but it was discovered early. Surrounded by her children and grandchildren, she celebrated her 91st birthday last month.

I revealed my illness at church that day to encourage other women to take charge of their health and helped organize a breast cancer talk for the Asian community. At the event, women one after another raised their hands and began their questions with words like, “My boyfriend has breast cancer,” or “I know someone with the disease.” Later, some people approached me and whispered their own cancer secrets.

Treating illness as if it were a curse must stop.

My two daughters in their twenties know they are at higher risk for breast cancer because of their genetic histories. Every year I get a mammogram – and they celebrate and worry about me.

Yvonne Liu is a freelance writer based in Los Angeles. Her writing has appeared in The New York Times, Salon and Hobart. She is currently writing a memoir about surviving childhood trauma, cancer and adoption.