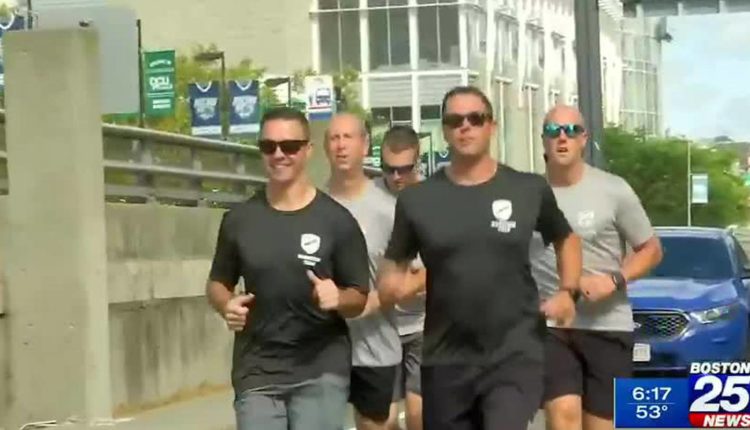 WORCESTER, Massachusetts – In less than two weeks, runners will line up in Hopkinton to start the 125th running of the Boston Marathon.

Due to the pandemic, the race has not been run since April 2019.

20,000 official runners make up the peloton, which is slightly smaller than previous years.

Six members of the Worcester Police Marathon Team are running this year.

During the pandemic, they trained on the streets of New England’s second-largest city.

“Running actually became an outlet because I was stuck in the house with all the COVID stuff,” said Captain Carl Supernor.

Running will now have a different purpose as this marathon team hits the road for the 26.2 mile run to Boston.

“Over the past year, we’ve had some significant losses in our family, and we wanted to work together in a way that we can help some in our family,” explained Sergeant Justin Bennes.

The officers will honor the memory of Officer Manny Familia who drowned last summer while trying to save an ailing swimmer.

“It means a lot. We really appreciate it,” said Alexander Maracallo, a Worcester police officer who was also Familia’s cousin.

Maracallo said the proceeds will go to programs to help children learn to swim and to equip police forces with life-saving equipment.

The team will also run to commemorate Officer Iggy Garcia who died of pancreatic cancer last September. An organization called “Iggy Strong” was founded in his memory.

Garcia planned to run with the marathon team before he got sick.

Shana Garcia, Iggy’s widow, said, “He really loved his job, and these men were his family too. It means a lot to them to support our family as they are.”

Running the Boston Marathon is not for the faint of heart, and for these officers, it’s a fitting tribute.

Supernor added: “Of course the marathon, 26 miles, is going to be a struggle and a challenge for all of us, but it doesn’t compare to the struggles and challenges both families face, and the battle they had with pancreatic cancer and in the line of duty death.”

The Worcester Police Marathon team has long been committed to “Cops for Kids with Cancer,” and they will continue to raise money for that organization this year as well.

Download the FREE Boston 25 News app for the latest news.

A passion for pediatrics – The Loop