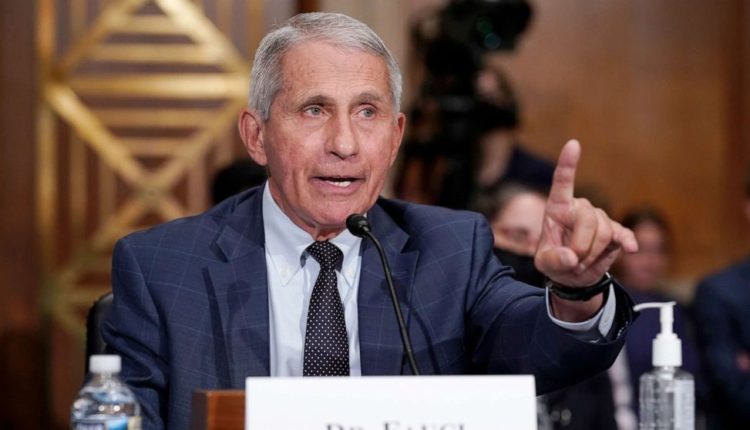 “If all goes well, and we get the regulatory approval and recommendation from the CDC [Centers for Disease Control and Prevention]”It’s very possible, if not very likely, that vaccines will be available for children ages 5 to 11 within the first week or two of November,” Fauci told ABC “This Week” anchor George Stephanopoulos.

Pfizer’s COVID-19 vaccine is nearly 91% effective against symptomatic illness in children ages 5-11, according to new data. A Food and Drug Administration advisory panel will meet Tuesday to discuss the approval of the vaccine for children, which is currently only available for ages 12 and older.

The CDC made recommendations Thursday evening for both Moderna and Johnson & Johnson vaccine boosters for certain populations, paving the way for millions of Americans to receive additional injections. The CDC’s approval followed that of the FDA, which issued it Wednesday.

The CDC also allows mix-and-match booster doses — allowing people to get a different brand of booster than was used for a primary vaccination.

Fauci said on Sunday that the new recommendations should not cause confusion as they provide flexibility in selecting boosters.

“We hope that when available, people will get the boost from the original product,” Fauci said. “But if not, there’s the flexibility of what we call ‘mixing and matching.'”

Stephanopoulos urged Fauci on whether receiving a shot from a different brand than the original dose provides better protection.

“I’ve read some studies that suggest it’s actually better to mix. For example, if you bought the Johnson & Johnson the first time, it’s better to take Moderna the second time,” Stephanopoulos asked.

“If you look at the level of antibodies that are induced — if you originally had J&J, and you get, say, a Moderna or a Pfizer, then the level of antibodies, which is the proteins you’d predict would protect you, those levels go higher with the Moderna boost to J&J than with the J&J boost,” Fauci replied. “It’s a bit more complicated, though, because in the clinical trial that J&J did, the clinical effect of the second dose of J&J was quite substantial.”

“So, it really becomes a matter of, which is the most convenient? What do you think is best for you?” Fauci added, advising people to see their doctor.

Stephanopoulos also urged Fauci on the controversy over the extent to which the US funded research into bat coronavirus in Wuhan after the NIH released a letter this week about a New York City-based nonprofit investigation into bat coronavirus spike proteins. The letter states that the subcontractor failed to disclose some results in a timely manner.

“Some critics and analysts have taken this as an opportunity to say that you and others have misled the public about the US funding of this so-called ‘gain-of-function’ research. The NIH says that’s incorrect. Our medical department supports that, Stephanopoulos said. sen. Rand Paul, R-Ky., has called for Fauci to be fired over the controversy.

“Well, obviously I totally disagree with Senator Paul. He’s absolutely wrong. Neither I nor Dr. Francis Collins, the director of the NIH, lied or misled about what we did,” Fauci replied.

“What did we learn from the letter? Does it show that some of the research we found was more risky than we know?” Stephanopoulos hustled.

Fauci said they knew the risk and there is “no denial” that they should have released their progress report in a timely manner, but the implication that the research led to COVID-19 is “unreasonable” and “molecularly impossible”.

“There’s all this concern about what’s gain-of-function or what isn’t, with the implication that that research led to SARS-CoV-2 and COVID-19, which, George, is unequivocally anyone who knows anything about viral biology and phylogeny of the viruses knows that it’s molecularly impossible for those viruses that were being worked on to turn into SARS-CoV-2 because they were molecular enough that no matter what you did to them, they would never, never, ever have SARS-CoV-2 can be,” Fauci explained.

“And yet, when people talk about job gain, they make that implication that I think it’s unreasonable to say, ‘Well, maybe that research led to SARS-CoV-2,'” Fauci added. “You can ask anyone in good faith who is a virologist, and they will tell you absolutely clearly that would be molecularly impossible.”