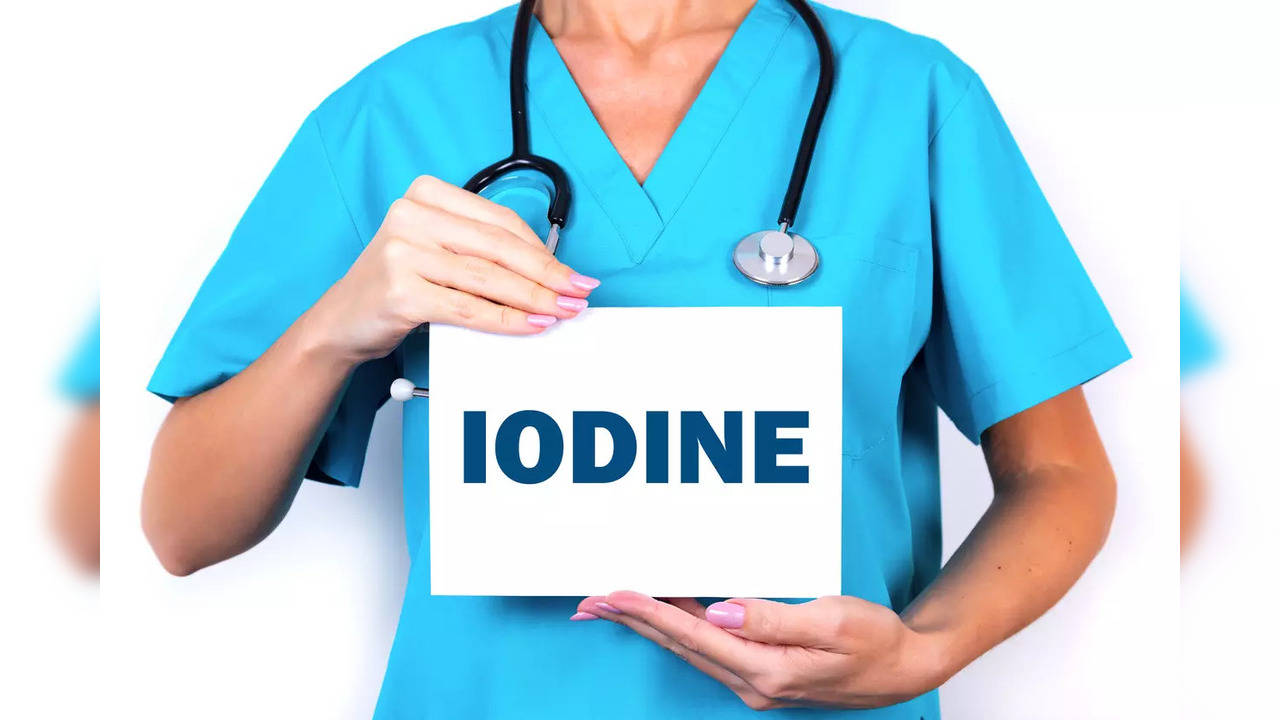 How does it save one from thyroid cancer?

Nuclear disaster and how iodine tablets protect the thyroid against cancer

Russia has the largest stockpile of nuclear weapons in the world and can inflict 25 times as much damage as Hiroshima at the end of World War II. Fear of a nuclear attack somewhere in the world at an unguarded moment gives peace sleepless nights loving people. Most countries have disaster management protocol in place in the event of such a terrible event.

Copenhagen: In the case of war, we may have heard of countries building weapons. But who would have thought that countries across Europe are currently stockpiling iodine tablets, fearing a nuclear spillover from Russia’s invasion of Ukraine? The first deliveries are expected within two to three months.

According to a Reuters report, the Danish health agency will buy 2 million iodine tablets to protect people in the event of a nuclear accident near the Scandinavian country. This is a direct response to the fear sparked by the war in Ukraine. As the Russian military traverses several provinces of Ukraine, concerns about nuclear incidents in the former USSR state have led to stockpiles of iodine tablets across Europe.

“The developments of COVID-19 over the past two years have shown us that it is important to be prepared. The war in Ukraine has shown us that the world is unpredictable,” the Danish agency said in a press release.

Express.co.uk reports say Russian Prime Minister Vladimir Putin has a terrifying nuclear weapons system in his arsenal, believed to be the last Russian defense mechanism capable of firing 30 nuclear weapons at once and destroying the West.

Denmark is more than 900 kilometers from the nearest nuclear power plants in Ukraine, Danish Health Minister Magnus Heunicke said in an emailed commentary – ruling out an immediate and direct threat to the Scandinavian country that has no nuclear power plants but does have close to several. in Sweden and Germany, or on board nuclear-powered ships in Danish waters.

The rush for iodine tablets began in early March after the Russian invasion of Ukraine and Vladimir Putin’s comments that Moscow’s nuclear deterrent is highly valued, unleashing a wave of fear in Central Europe. Reuters reports that from Poland to Bulgaria, people living in former Soviet-era satellites have also blocked passport offices, refilled their fuel tanks and prepared to leave as soon as possible.

In the first week of March, Bulgarian pharmacies had sold as much iodine in tablet form as in a year, says Nikolay Kostov, president of the Pharmacy Union. In the Czech Republic, most stores have run out of iodine after the demand soared.

Nuclear accidents and the role of iodine:

Iodine – taken as pills or syrup – is believed to be a way of protecting the body from conditions such as thyroid cancer in the event of radioactive exposure. A supply of 2 million tablets would cover high-risk groups, including children and young people up to the age of 18, pregnant and breastfeeding women, and first responders up to the age of 40, according to agency estimates. In 2011, Japanese authorities advised people around the site of the damaged Fukushima nuclear power plant to take iodine. But there is no official confirmation from medical authorities that iodine tablets will work in a nuclear accident scenario. According to Express.co.uk, in the event of a nuclear disaster, iodine tablets can help protect against the risks of thyroid cancer in the long term by temporarily saturating the thyroid gland with iodine for 24 hours. The thyroid gland needs iodine to produce hormones that regulate the body’s energy and metabolism. According to the programming code, it absorbs available iodine from the bloodstream. The thyroid cannot distinguish between stable (regular) iodine and radioactive iodine and will absorb anything it can, says the American Thyroid Association. In babies and children, the thyroid is one of the most radiation-sensitive parts of the body. In most nuclear accidents, radioactive iodine is released into the atmosphere, which can be absorbed into the body. When thyroid cells take up too much radioactive iodine, it can lead to the development of thyroid cancer several years after exposure. Babies and young children are most at risk. The risk is much lower for people over 40. Thyroid cancer appears to be the cancer whose incidence increases after the release of radioactive iodine. Potassium iodide only protects the thyroid, but it is the organ most at risk from radioactive iodine.

Dana Drabova, head of the Czech State Office for Nuclear Safety, wrote on Twitter: “You ask a lot about iodine tablets… as radiation protection when (God forbid) nuclear weapons are used, they are basically useless.”

— ANI (@ANI) March 3, 2022The official website of the National Disaster Management Authority (NDMA) under the Government of India has a clear overview of the dos and don’ts in the event of a nuclear disaster.

Go inside. Stay inside. Turn on the radio/television and pay attention to public announcements from your local government. Close doors/windows. Cover all food and water; consume only such covered items. In the open air, cover your face and body with a wet handkerchief, towel, dhoti or sari. Back home, change/undress. Wash completely and use clean clothes. Fully cooperate with the local authorities and follow their instructions completely – be it taking medicine, evacuation, etc. You should be aware of the dangers of nuclear radiation. Discuss the safety of nuclear radiation in children and family members to reduce their fear of radiation.WHAT TO AVOID:Don’t panic. Do not believe in rumors that are passed on orally from one person to another. Do not stay outside/or go outside. Avoid water from open wells/ponds as much as possible; exposed crops and vegetables; food, water, or milk from outside. Do not heed instructions from district or civil defense authorities who would do their best to ensure the safety of you, your family, and your property.Disclaimer: Tips and suggestions mentioned in the article are for general informational purposes only and should not be construed as professional medical advice. Always consult your doctor or a dietitian before starting any fitness program or changing your diet.