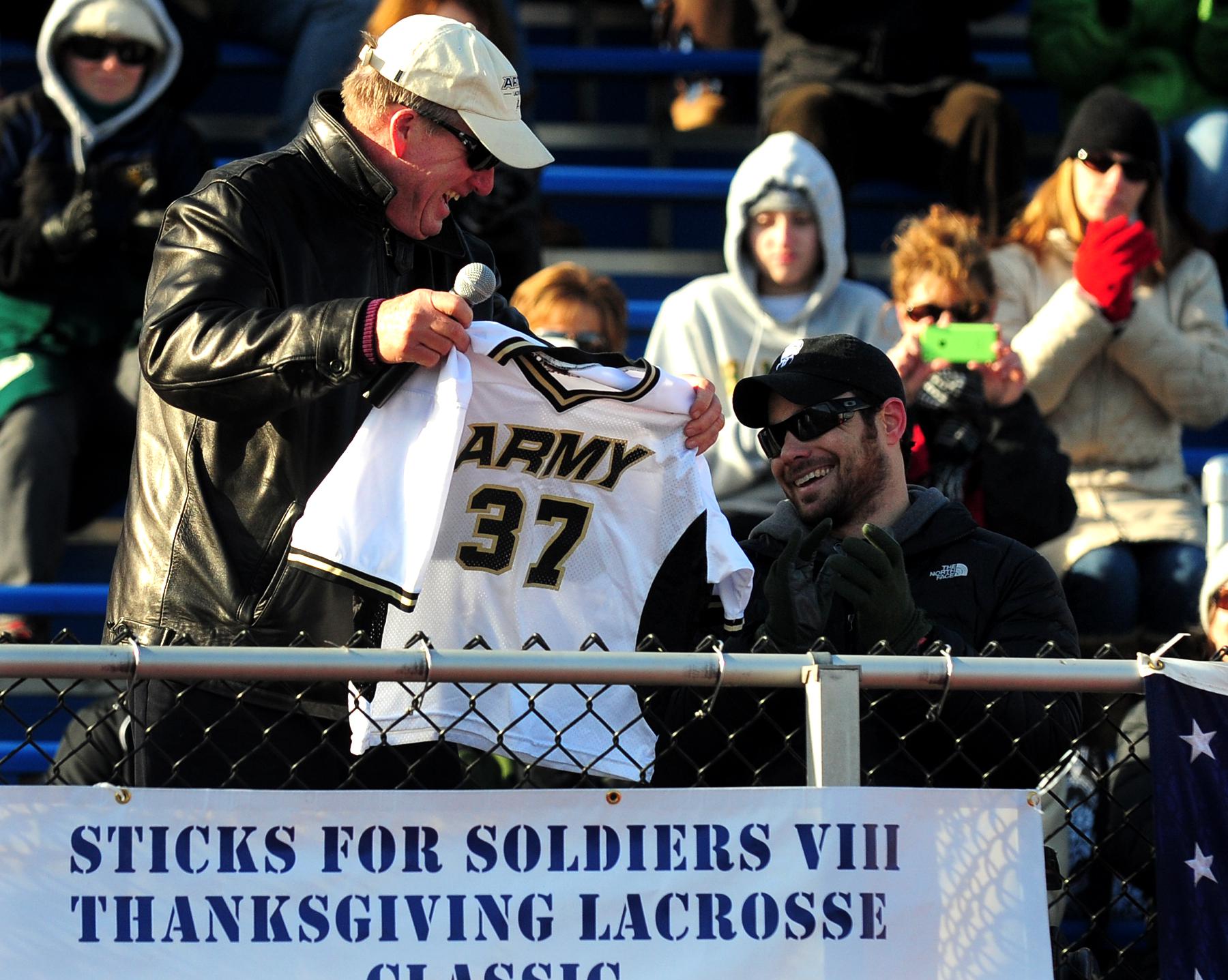 When Southington’s boys and girls lacrosse teams hold a Sticks For Soldiers day on Saturday, it will be state teams’ latest effort for wounded veterans.

“Young Americans too often come back from foreign wars with life-changing wounds,” says the charity tournament’s website, sticksforsoldiers.org. “As we go on with our lives, they struggle for the rest of their lives.”

The tournament in Fairfield Ludlowe every Thanksgiving weekend helps raise money and awareness. Help other donations throughout the year.

Third-year Ludlowe coach Steve Swett said he’s thrilled to see schools help in the spring, and the Falcons are honored to host the fall tournament every year.

“Student-athletes from dozens of boys’ and girls’ teams learn from the honors of the event that there’s more to life than what happens on the sidelines,” Swett said in an email.

“We are humbled and grateful for what our heroic service members are doing for this country, and the least we can do for them is the awareness and funds we can raise for them once they return from active duty.”

The site says 24 teams participated last November, raising more than $50,000. In 15 years, more than $1 million has gone to local veterans and their families.

The charity chooses at least one honoree each year. In 2021 it was Micah Welintukonis from Coventry. This year’s has not yet been selected.

Southington’s efforts Saturday will send the proceeds from the boys’ game at 12 noon and the girls’ game at 2 p.m., both against Pomperaug. Coach Ron Chase said the Blue Knights have competed in the November tournament for the past 14 years.

Staples coach Will Koshansky said the Wreckers usually hold a Sticks For Soldiers day when it hits Ludlowe.

“The fundraising they are doing for veterans who have made sacrifices to defend our freedoms is life-changing,” Koshansky said. “There will be a few special match day events on April 23 around the varsity game to make the day even better.”

Ludlowe is also planning a Sticks For Soldiers day on April 23 during the game against Hand, Swett said, though he added that conflict can change the day.

A Tuesday email to state coaches prompted responses ranging from plans for those games this spring to regrets that their school doesn’t have such an event.

“It was a great event to raise money and honor the veterans,” Raccio said in an email. “My mother served in the US Army during World War II and my father also served during World War II, taking part in the invasion of Okinawa, landing with the Marines at age 17. It is so important to the sacrifice that the veterans have made for our country.”

Other coaches mentioned other charitable efforts they have planned. Scott Bulkley of Newtown said the boys’ and girls’ teams are holding a joint fundraiser for childhood cancer.

Xavier’s Scott Basile said the Falcons’ May 16 game against Fairfield Prep will benefit the Brian Daigle Foundation for mental health and suicide prevention. Bacon Academy, said coach Brian Martin, has a Lax2Live game with a similar purpose. The Bobcats will also hold a “Lace up 4 Pediatric Cancer” game, and they plan to honor former teammates Tyler Graham and Jacob Chapman, who died in a car accident on October 22, with a “1032” game : 10 and 32 were their uniform numbers at Bacon Academy.

Sticks For Soldiers also accepts donations through its website and is seeking sponsors and volunteers for the Thanksgiving tournament.

“We are hopeful that lacrosse teams and fans across the state will continue to take an active role in giving back to those who gave everything for us,” said Swett. “These Sticks for Soldiers Awareness games during the spring are going a long way toward that goal.”